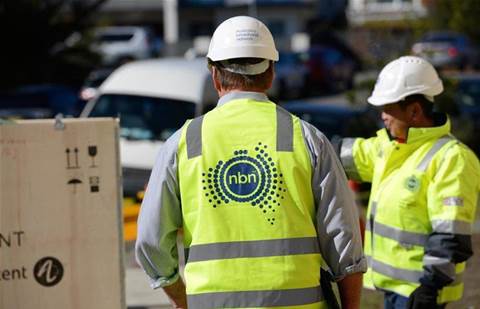 Telecommunications industry group Commpete has criticised NBN Co’s proposed changes to the Special Access Undertaking (SAU) “appalling” and that it “displays a monopolists’ mentality”, and is urging the ACCC to intervene.

The SAU is part of the regulatory framework that governs the prices NBN Co can charge to retail service providers (RSPs) like telcos and internet service providers. NBN Co in March lodged a proposal for a variation to the SAU to extend its scope to incorporate all network technologies, as well as some changes that would result in price increases.

In a submission to the ACCC as part of the agency’s consultation process, Commpete argued that the proposed SAU variation is “an appalling response to the pressures and problems, needs and preferences” that were identified through the ACCC’s working group process.

“It displays a monopolist’s mentality, fails to address the substance of retailers’ long-standing concerns, and fosters the illusion that NBN is subject to regulatory constraints when in practice they are wholly ineffective. It must be rejected. The time has come for the ACCC to intervene with access determination,” Commpete stated.

“The future regulatory framework for wholesale access to the NBN should provide NBN Co with the opportunity to earn the minimum revenues it needs to meet its legitimate financing objectives, including to transition to a stand-alone investment grade credit rating. NBN users should also be protected from price shocks, and retailers should have greater certainty over the costs they will face while using it.”

“Unfortunately, the proposed SAU variation does not stand up well when measured against these principles.”

CRN has contacted NBN Co for comment, but the network provider said it won’t comment until the ACCC has published all submissions.

Commpete claimed that NBN Co can achieve a standalone investment grade credit rating without having to rely on passing the costs to retailers or end-users.

“NBN Co’s revenues must be a function of its efficiently incurred costs and not indexed to matters—such as capacity—that are not drivers of those costs. At the very least, the proposed SAU variation should commit NBN Co to a timetable for its progressive withdrawal in a manner that does not unduly require offsetting increases in the access virtual circuit (AVC) price component in real terms,” Commpete argued.

“The proposed SAU variation will mitigate against the economically efficient use of existing NBN infrastructure and may lead to revenue decline with consequences for necessary future investment. The continuation of CVC price components for most residential end-users may force them to increase the capacity of the service option they choose, well beyond their actual usage requirements, or to abandon fixed broadband via NBN altogether in favour of mobile broadband.

“Many households are already operating on increased mobile broadband, and the result will be a diminishing fixed broadband customer base for RSPs—and ultimately NBN Co—to serve, with resulting higher unit costs.”

CRN sibling site iTnews reported that Telstra has also criticised NBN Co for the same reasons in its own submission, saying the changes would price Australians out of broadband between now and 2040.

Earlier this month, Commpete also voiced opposition to the proposed Telstra and TPG mobile network and spectrum sharing agreement announced earlier this year, claiming that the tie-up “was not in the strategic interests” of the Australian public.