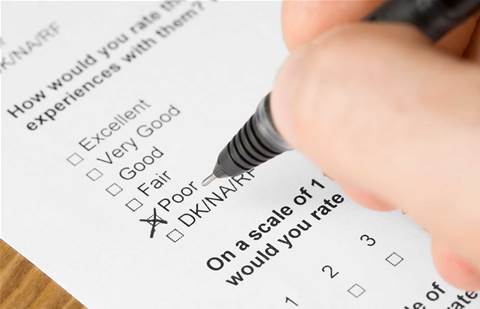 Australia's biggest telcos have set a low bar for customer service across the country, according to a report by the Australian Communications Consumer Action Network (ACCAN), which found that customers were unimpressed with how much time it took to resolve issues.

The highest ranked telco would have been Virgin with 70 percent, however, parent company Optus has already started phasing out the brand which will be gone in the next two years.

The report also found that telcos took an average of 13 days to fix reported issues, which could stretch out to two months for some harder-to-resolve issues.

ACCAN chief executive Teresa Corbin said there was an obvious need for improvement within the industry.

"Poor customer service by the industry shifts costs from providers to their customers, who are experiencing loss and disruption by spending far too long trying to resolve issues," she said.

"We found customers are spending days trying to sort out very straightforward things like changing a plan, updating contact details, and general account inquiries. This is not acceptable. It’s time to shift the balance back from telcos to customers so that customers are not carrying such heavy costs to maintain their essential telecommunications services."

ACCAN recommends that the telco industry and its regulator, the Australian Communications and Media Authority, refresh how they view customer service now that the Telecommunications Protections Code is up for review, along with the introduction of ACMA's new standard for handling complaints.

"We’d like to see more concrete obligations in the code, and more active enforcement by the regulator," Corbin said.

The survey asked 1347 customers about their experiences with their telco provider between 20 February and 14 March. All respondents were customers of the eight largest telcos and two largest satellite providers.