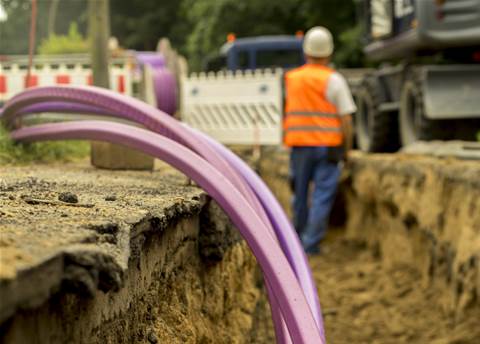 Startup telco infrastructure company GigaComm has raised $20.5 million in an oversubscribed funding round and appointed three new board members.

The internet service provider said in a statement today that the funding would support expanding into Brisbane and Canberra markets.

Commenting on the raise, GigaComm cofounder and chief executive officer Sophearom En said “The level of support we have received and the calibre of shareholders who are aligned to our values is further confirmation that we have a network that is capable of delivering real benefits to Australians.”

Commenting on its investment, Palisade Impact cofounder and chief information officer Jeremy Wernert, who was also appointed to the GigaComm board, said: “GigaComm represented a unique opportunity for us to invest in a company that is both commercially and socially driven, ultimately to improve access to high-speed internet that is just as critical as water and electricity to everyone’s day-to-day lives.

Gerry Moriarty and Judy Slatyer will also join the existing board members, which includes En and GigaComm cofounder and chairman, Peter Shore.

“To have such high-calibre business leaders join the board reflects the ambition and conviction of GigaComm,” said Shore.

More than 100,000 premises in NSW and Victoria have signed up to the internet service provider, which was formed in 2018.

The startup began rolling out its network in 2019, which includes optical fibre and fixed wireless technology, mmWave, and GFast, a copper-based broadband network combining pair-bonding, vectoring and phantom mode technologies.

NBN.Co and TPG, since this March, are the only other large telco players to have offered GFast.

Gigacomm said its network can deliver gigabit (1000Mbps) download speeds and upload speeds of up to 100Mbps to residential internet and gigabit upload speeds for businesses.

The Internet Service Provider said in a statement “The mix of technologies delivers wireless signals to rooftops rather than individual spaces, providing multiple paths between buildings and allowing traffic to be automatically rerouted if one path becomes too loaded. This ensures consistent, business-grade reliability.”

En said, “High-speed internet is essential today to connect communities, drive innovation, stimulate economic growth, and provide greater opportunities. However, many Australian households and businesses are being left behind because they are not able to access affordable, ultra-fast internet.”