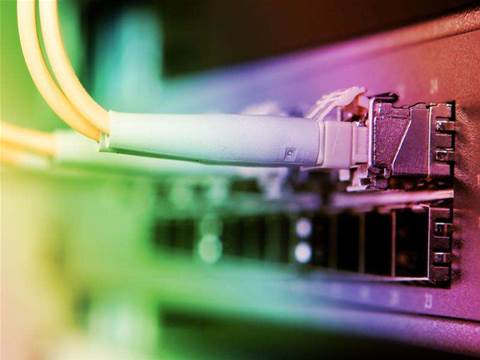 Telecommunication providers are getting left in the dust by hyperscale providers like AWS, Google and Microsoft in terms of data centre capex spending growth on IT infrastructure.

The world’s largest telecommunication companies, also known as telcos, have not increased their capex spending on IT infrastructure, such as servers and networking hardware, over the past five years. Comparatively, capex spending by hyperscale data center operators like AWS, Microsoft and Google continues to soar to new heights, according to new data from market research firm Synergy Research Group.

“There is an increasingly sharp contrast in spending patterns across the three main industry sectors,” said John Dinsdale, a chief analyst at Synergy Research Group in an email to CRN. “Telcos remain locked in a low-to-no growth world and their capex reflects that. While there were big hopes for 5G, it has proven to be a case of changing the mix of investments within relatively fixed budgets, rather than substantially growing overall telco spend. That picture is unlikely to change too much over the next few years.” 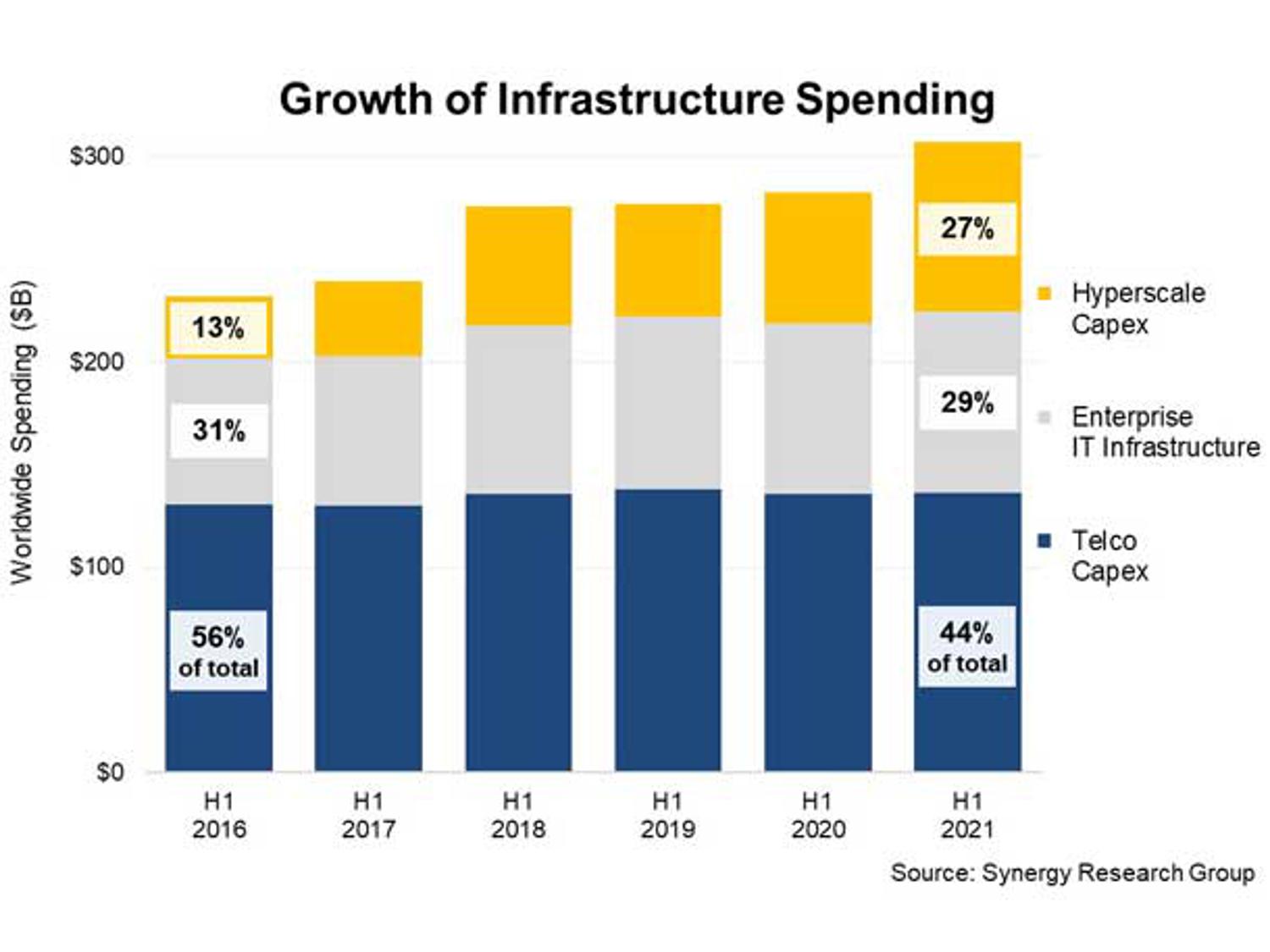 Dinsdale said sales from the 19 largest hyperscale operators—including the likes of Apple, Amazon, Facebook, Google and Microsoft—are typically growing by more than 30 percent annually, which has required them to grow their spending at a similar rate.

“Those growth rates will moderate a bit over the coming years but will be viewed jealously by the telco world,” said Dinsdale.

Regarding the enterprise capex infrastructure market, enterprises spent US$89 billion in the first half of 2021, representing a year over year growth rate of 6 percent.

“The enterprise picture is more complex with cloud, big data and increasingly sophisticated collaboration requirements driving a multitude of changes in their IT operations,” Dinsdale said. “We should continue to see modest growth in their infrastructure spending.”

The largest hyperscale IT infrastructure spenders in the first half of 2021 were Amazon, Microsoft, Google, Facebook, Apple, Alibaba and ByteDance, according to Synergy Research Group. The biggest telcos spenders, which includes both fixed and mobile operations, were China Mobile, Deutsche Telekom, NTT, Verizon, AT&T, Vodafone and Orange in the first half of the year.

Eliminating departmental friction within MSPs
By Mark Haranas
Sep 23 2021
6:36AM