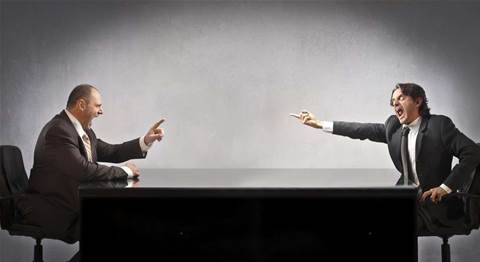 Kogan and Telstra are trading barbs over the insolvency of Telstra wholesaler ispONE and the subsequent demise of Kogan Mobile services.

The controversy was revived this week with the relaunch of Kogan Mobile services, which are being offered via the Vodafone network.

The launch has revived finger-pointing over the loss of services to Kogan Mobile back in 2013.

Telstra yesterday issued a statement raising concern at “misinformation and confusion” in Kogan's messaging. The carrier was unhappy with inferences it was ”responsible for the previous failure of Kogan”, according to Telstra group executive Stuart Lee.

Telstra had no direct relationship with Kogan, Lee said. He pointed out it was Ferrier Hodgson – the voluntary administrator that took over ispONE – which cancelled the Telstra Wholesale pre-paid mobile contract.

He said Telstra had been prepared to enter a direct arrangement with Kogan, but claimed the two hadn't been able to reach an agreement.

Today, Kogan hit back with its own statement referring to what it claimed was Telstra’s previous "commercial failure" relating to the insolvency of ispONE.

Kogan claimed Telstra took steps to terminate the carrier's contract with ispONE in 2013 and that ispONE commencing proceedings against Telstra on 12 August 2013, before ispONE entered administration on 19 August 2013.

Kogan has also disputed Telstra’s claim that the carrier was prepared to enter into a direct arrangement with Kogan and that it had no choice but to disconnect Kogan’s services. Kogan argued Telstra was not prepared to supply Kogan on commercial terms.

Telstra declined to respond to Kogan's statement, referring CRN to its earlier clarification.