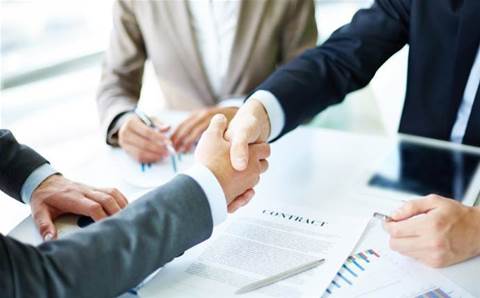 The Communications Electrical Plumbing Union (CEPU) and Telstra have signed off on a new enterprise agreement.

Employees will get a 1.8 percent pay rise for the first year and a two percent bump in the second year, while some Job Family employees will receive a guaranteed minimum of one percent. All staff allowances will increase.

Critically, the telco also agreed to keep the same benefits when employees are transferred to a Telstra subsidiary. With Telstra moving many jobs into its new InfraCo arm, that's a win for workers.

CEPU national president Shane Murphy said that while the pay offer was “disappointing” to union representatives, the agreement as a whole “had come a long way”.

“We continue to maintain that the wage offer falls short of where we believe it should’ve been,” Murphy said.

“We’re satisfied to see it improved from where it was, however, we’re eager to get back to the bargaining table to renegotiate in 2021, off the back of their T22 implementation.”

Other additions to the agreement include the option to volunteer for redundancy at an earlier stage, the right for casual employees to request for a permanent role after 12 months, long service leave arrangements based on a voluntary process and equal parental leave rights (16 weeks of parental leave and up to 12 months of unpaid leave for both parents).

“What we are truly excited about is the conditions our members have been able to lock-in,” Murphy added.

“Considering that one of the largest jobs purges in Australian corporate history served as the backdrop to this long and drawn out round of bargaining, members should be extremely pleased with what they have achieved by sticking together, without any trade-offs.”

The full text of the agreement can be found here.

Negotiations over the agreement have been ongoing since at least April 2018, when Telstra proposed to change long service leave entitlements.

Pay rises were the main issue. The CEPU rejected a proposed employee pay rise of 1.5 percent, calling it a pay cut as it was below the two percent annual cost of living increase at the time. The proposal came after Telstra announced more than 8000 job cuts as part of its Telstra2022 strategy.

Discussions continued for the following months, even resulting in a 24-hour strike in March 2019.

Grabbing the hybrid cloud opportunity with Lenovo and Azure Services
By Nico Arboleda
Dec 10 2019
8:54AM