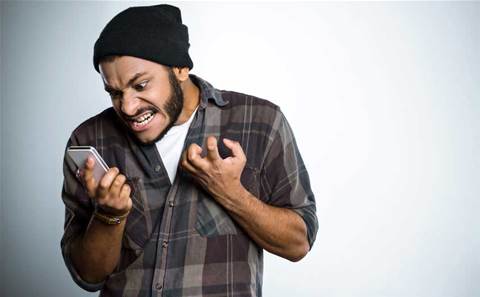 Telstra's network was struck by another outage on Monday morning, taking down 3G and 4G mobile voice and data services across the country.

The telco confirmed that the issue was impacting 4G, which in turn caused congestion for 3G services.

Telstra added that calls to the triple zero emergency number will connect over other carriers' networks where they have mobile coverage. The Australian government is currently investigating a previous Telstra outage that impacted calls to triple zero on 4 May.

“We’re working to fix an issue impacting some mobile services,” the telco said in a brief statement on social media today. “Sorry for the inconvenience.”

The issue is impacting some 4G mobile voice and data services nationally, which is also causing congestion for 3G services. We're working to resolve the issue and are investigating the root cause. We're sorry for the inconvenience.

As of 12:00pm AEST, Telstra said 4G services were improving nationally after a workaround.

Our 4G voice and data traffic volume is improving nationally after we bypassed hardware that had been preventing some customers from accessing the 4G mobile network. 3G voice and data volumes are also improving. We're very sorry for the interruption to services.

The Aussie Outage website listed more than 15,000 reports of problems at Telstra at the peak of the outage up on Monday morning, with widespread issues across CBD and regional areas across Australia.

Telstra has yet to confirm the cause of the outage. CRN has reached out to Telstra for comment.

It is the second major outage on Telstra's 4G network this month following problems on 1 May.

As of 3:00pm AEST, Telstra said mobile voice and data services have returned to normal levels.

Mobile voice and data services have returned to normal levels. We'll closely monitor network stability and performance and continue supporting our customers to restore their services. We're again deeply sorry for any disruption as we know how customers rely on our mobile services

Telecommunications Services
By Nico Arboleda
May 21 2018
11:39AM