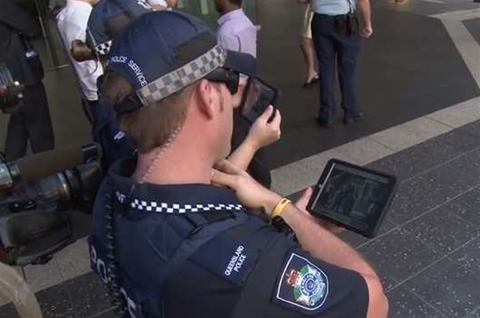 Telstra has the managed services contract supporting a long term tablet rollout by the Queensland Police which has seen around 2,850 devices deployed.

Since 2013, Queensland Police has deployed a fleet of around 2,850 mobile devices to frontline officers, including those on foot, in cars, on horseback and helicopters.

Telstra has released a case study video revealing it has a services contract to set up, ship, and handle the repair and maintenance of the devices, including 24x7 support. It also supplies the network.

Vita Enterprise Solutions is understood to have also been involved, but deferred CRN's questions to Telstra. SMS Managerment & Technology also worked in the past with Queensland Police to develop the Qlite app used by police officers, which was trialed in 2013.

Queensland Police has a “strong desire” for the majority of frontline officers to have the devices, according to comments made by acting chief superintendent David Johnson, executive director of frontline integration, public safety business agency. Johnson made the comments in a case study released by Telstra.

Police use the tablets for real-time access to data, such as alerts about people, instead of relying solely on radio communications. They can use them for roadside drug testing and electronic ticketing, reducing the need to re-enter data back at the station.

The tablets can be remotely wiped and audits can reveal what information has been accessed.

Digital tablets have the potential to save around 30 minutes per officer per shift, estimate Queensland Police.

Just over $25 million was allocated in the Queensland state budget in mid-2015 for 5,400 iPads for police in the state.

Grow your software revenue by selling these 5 affordable, essential tools for the modern workplace
By William Maher
Oct 20 2015
11:33AM