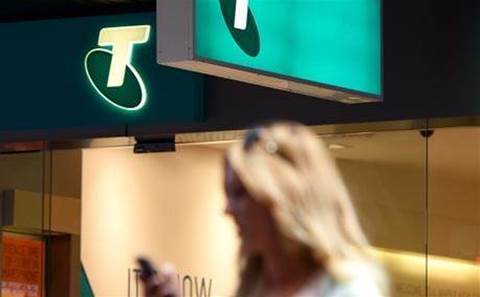 Telstra chairman John Mullen has defended its executives' salaries as the company braces for its remuneration report to be voted down by shareholders.

Mullen told shareholders that the board was "deeply, deeply disappointed" that a substantial number of shareholders would not approve the report, which would likely lead to Telstra receiving a first strike.

A first strike occurs when at least 25 percent of shareholders vote against the remuneration report. If this happens in two consecutive years, it could trigger a motion to spill Telstra's board of directors.

Mullen pointed out that chief executive Andy Penn's salary is significantly lower than his predecessors Sol Trujillo and David Thodey, and has dropped by nearly 50 percent in the past two years. Penn is set to pocket $4.5 million this year, compared to Thodey's $12.84 million pay packet in 2013.

"Some observers out there seem to think that directors sit around like the Witches of Macbeth scheming as to how they can manipulate incentive schemes to give improper benefit to already excessive executive salaries. Let me tell you that nothing can actually be further from the truth," Mullen said.

In the 2018 financial year, Telstra initially planned to pay the board a variable compensation of 47 percent of the maximum based on performance incentives, but reduced that number to an average of 33 percent after shareholder backlash.

In justifying the remuneration report, Mullen said it was one of the factors that allowed Telstra to attract and retain high calibre executives internationally.

He added that he believes executive salaries are too high across the board "but changing this takes time and needs to be embraced by all of corporate Australia not just one company or one industry, as the marketplace for talent is international and is industry agnostic."

The bulk of shareholder complaints stem from the telco's sliding share price, which has lost approximately 42 percent of its value since June 2016.

"If we call a spade a spade here, the bottom line is that it would seem that for many shareholders, if they see the value of their shares diminish, then they consider that management has performed badly and should not receive any of their variable compensation, irrespective of whether management have done a good job that year or not," Mullen said.

Mullen shifted the company's financial issues on the NBN as Telstra has done in the past. However this time, Mullen put the blame on the federal government's NBN policy, saying it was responsible for halving its net profit.

"The NBN will have reduced Telstra's net profit after tax by close to a half when fully rolled out. Not a few percent, half. Having been privatised by the government in 1997, the government is now effectively re-nationalising half of the company again."

"To give some scale to that impact, what we are losing through this policy of half our business is approximately equivalent to a company the size of Qantas."

He also explained that the government's decision also played a factor in Telstra's decision to reduce its dividends last year.

Chief executive Penn updated shareholders on the progress of Telstra's T22 strategy, which was announced in July this year and will see some 8000 roles cut.

"We have announced more than 2600 of the 8000 roles we are reducing as part of our T22 implementation," Penn said.

He added that the company has already removed 1 – 2 layers of management across the organisation out of an anticipated 2 – 4 layers.