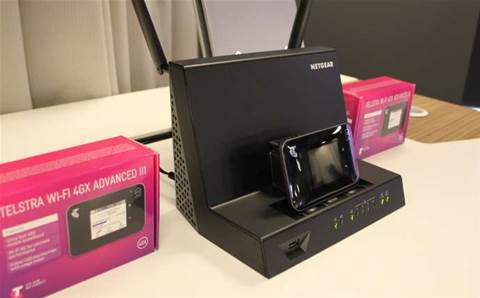 Telstra has brought the world's first 600Mbps-capable device to Australia, in a show of muscle for its mobile network.

"Speed is all about the overall network, not just an individual user," Telstra networks general managing director Mike Wright told a briefing today in Sydney.

At the press event, Telstra staff performed a live demonstration showing actual download speeds going up to 503Mbps. In a video, a speed of over 440Mbps was recorded outdoors in the western Sydney suburb of Harris Park. 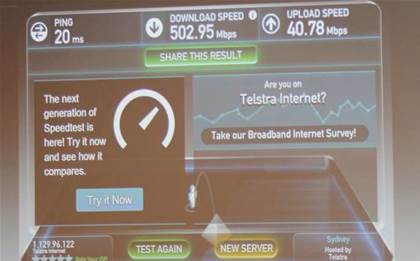 The new 4GX hotspot device connects up to 15 wi-fi-enabled devices simultaneously, according to the telco, and boasts 11 hours of continuous use on a full charge of its battery.

The access point will be available in stores from 29 September for $264.

"It creates a 'bubble' of 4G coverage of just a few hundred metres for rural communities that can't have a full mobile tower."

The telco announced that more than 40 small cells have now been deployed, with plans to have 750 rolled out by June 2017.

Update: This story was updated to show Telstra's late announcement of the product release date and price.