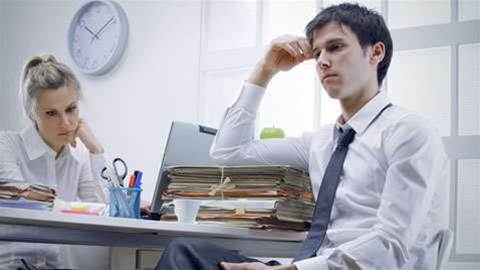 UPDATE, APRIL 10th. Telstra today advised the cable was re-connected "this morning", meaning the incident did indeed roll over into a week-long affair. The carrier has still not detailed the cause of the incident or reasons for the long repair process.

Telstra’s big bad outage in the Sydney suburb of Ermington will stretch into a sixth day, and maybe a seventh.

The incident is not Telstra’s fault: a third party managed to cleave a colossal cable bundle. The resulting outages struck “Dapto, Sydney and surrounds.” Dapto is 96.9km from Ermington, by car. So whatever was broken impacted plenty of downstream parts of Telstra’s networks.

The first part of the fix didn’t take long: Telstra told CRN it was done by 12:15 PM last Friday 5 April. But the other part of the repair job is taking rather longer. At the time of writing the telco told CRN “Work is continuing on the second damaged cable which has around 30 customers still without fixed telephone and internet services. Expected completion in 24 to 36 hours.”

If the fix does take 36 more hours, that’ll take it into Wednesday 10 April, a full week after the initial problem struck.

As CRN has repeatedly pointed out, this problem wasn’t Telstra’s fault. But our readers have taken Telstra to task for two reasons.

Some have wondered why Telstra’s networks aren’t more resilient and/or redundant.

Others have pointed out that CRN’s coverage of the cut has been far more comprehensive that the information Telstra provides to customers. While they enjoy reading CRN, they’d rather get more info, more often, from the horse’s mouth!