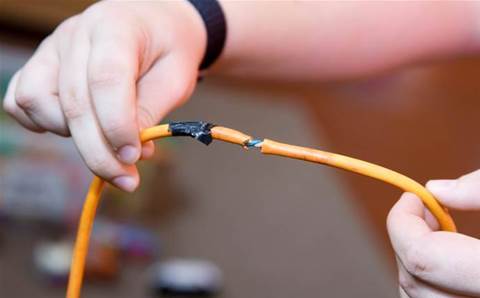 A cable damaged by fire in regional New South Wales has downed some of Telstra's mobile services and Triple Zero in at least four states today.

The telco said a cable between Orange and Bowral in NSW was cut at 2am today. The fire causing the damage is believed to have been started by a lightning strike.

The damaged routers were restored at about 5am and a fibre repair crew was dispatched to the damaged cable.

NSW police confirmed that the Triple Zero service was also affected by the outage, advising NSW residents to ring the Police Assistant Line on 131 444 for all emergencies.

Reminder - if you experience problems getting through to Triple Zero (000) this morning, you shld call the Police Assistance Line on 131 444 for ALL emergencies in NSW - police/fire/ambulance. You can also find your local police station via this linkhttps://t.co/Ri8PL0Yvo9

The service disruption comes after Telstra had a partial outage of 4G mobile services earlier this week, during which service dropouts were reported across Melbourne, Brisbane, Sydney, Perth, Adelaide and a number of surrounding suburbs.

Eliminating departmental friction within MSPs
By Nico Arboleda
May 4 2018
11:29AM