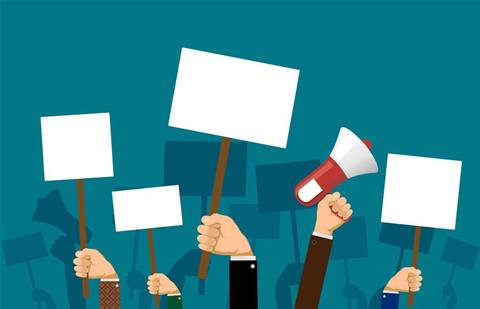 Telstra could face a worker strike after union members voted “yes” to a protected action ballot, allowing them to take industrial action where needed.

The Communications, Electrical and Plumbing Union of Australia said that 88 percent of its members eligible to vote in the ballot were ready to participate in a possible industrial action if Telstra “continues to refuse to provide its workers with a fair enterprise agreement”.

CEPU national president Shane Murphy said in a statement that workers were “fed up” with Telstra’s refusal to provide its employees with fair pay and conditions.

“Workers have spent many months trying to get Telstra to come to the table with a fair wage offer,” Murphy said.

“We’ve got to this point because Telstra is asking workers to take a pay cut in real terms. It’s a disgrace.”

The union held a postal vote between 21 January to 25 February, and was conducted by the Australian Electoral Commission.

The vote comes as the telco continues its plan to cut 8000 jobs, in what the CEPU said is “one of the biggest job purges in Australian corporate history”. Telstra has cut 3200 roles so far.

Union members last year voted against a Telstra-proposed pay rise, with 81 percent not accepting the proposed 1.5 percent increase to Job Family employees and a 1.5 percent wage increase over three years for Workstream employees.

The CEPU called the proposal "insulting", saying the proposal was effectively a pay cut based on the current annual cost of living increase of 2 percent and the average wage rise of 2.7 percent.

“This vote demonstrates that workers are fed up and are ready to take action, if it comes to that,” Murphy said.

“At this stage, no action is being undertaken. This result provides workers with the option of taking protected industrial action if we need to go down that track.”

Murphy added that he hopes Telstra will now come to the negotiating table and offer its workers the fair pay and conditions that workers need before the union needs to take action.

A Telstra spokesperson meanwhile told CRN that CEPU members make up "only around 10 percent" of its employee base and just over half (56%) voted.

"While it is disappointing that the CEPU has decided to encourage this action, we respect the right of the union and its membership to do so," the spokesperson said.

"Our focus will be on ensuring that our customers and business are not affected by the CEPU’s action."

Telstra added that customers can expect business-as-usual as its planning provides for continuous operations in the event of industrial action.

"We remain committed to constructive discussions with our people and unions to reach a new agreement. However, recent CEPU claims of up to 12 percent over 3 years without any productivity improvements are unrealistic in the competitive environment in which we operate," the spokesperson added.

"In the meantime, our people will continue to enjoy industry-leading terms and conditions of employment – a 36.75 hour working week, 15 days sick leave, 3 months long service leave after 10 years, up to 80 weeks redundancy pay, and bonus pay."