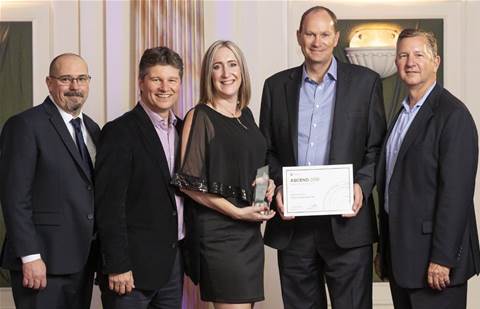 Telstra has taken home ANZ partner of the year in unified communications vendor Polycom’s first ever partner awards on the Gold Coast.

The telco edged out the competition, with Polycom recognising excellence in multiple areas with the award, including innovation, revenue, joint campaigns and strategic alignment.

“Polycom and Plantronics value and invest in our partners in Australia and around the world because they are critical to delivering our collaboration and communication experiences to companies and people, so they can create real connections that drive innovation, productivity, and fun,” Polycom vice president of global channels Nick Tidd said.

“The ANZ Polycom partner community is a highly skilled, motivated and entrepreneurial group of go-getters and their success is ultimately our success.”

“Our strategy relies heavily on our ability to work in sync with our partners to address the rapidly changing dynamics of the modern workplace,” Polycom ANZ channel director Tina Bandilovksi said.

“We are extremely pleased to be able to recognise and celebrate the success of our top-performing partners across the region at our first ANZ Polycom partner awards.”

In March, Polycom was acquired by communications equipment giant Plantronics for US$2 billion in a bid to create a unified communications powerhouse.