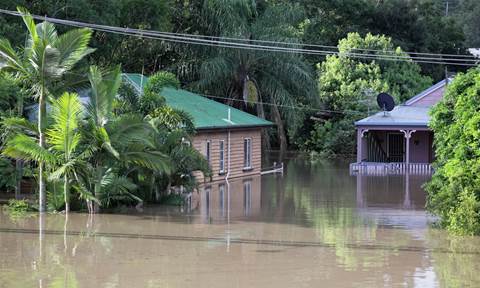 Telstra will donate grants of at least $250,000 in either cash or technology to community groups in Southern Queensland and Northern NSW to assist flood recovery, Telstra boss Andrew Penn said in a statement today.

The grants of up to $10,000 will go to both local community groups, such lifesaving and sporting groups, and groups involved in the immediate rescue or repair efforts, such as SES.

“We hope the Telstra Local Flood Grants will provide the kind of grassroots assistance many communities need,” Penn said.

Penn said the grants were in addition to Telstra’s broader support program, which included a number of measures to provide flood-affected customers, employees, and community members with free services and financial support.

This includes a financial assistance package for affected customers, which comes with 100GB of data on mobile services, call diversions for those who have had to leave their home or business, and free wi-fi and calls through Telstra payphones.

The modems can access Telstra’s mobile network and will provide customers in flood affected areas with unlimited mobile data until their fixed internet services are restored.

The statement said in total there were currently 22 affected mobile sites either partially or completely offline. This includes seven in north west Sydney, six in other parts of NSW and nine in Queensland.

The company said there were 7476 fixed line phones affected and Modanville and Uki may be isolated.

Penn said the telco was providing emergency accommodation and cash advances for urgent food and clothing to employees whose homes have been damaged by the floods.

Employees can also use paid disaster leave for the immediate protection of life and property, paid carers’ leave to provide care or support to a member family or household who is sick or injured and paid volunteer leave for those volunteering with emergency response groups, Penn said.

Telstra encouraged people in flood affected communities to see its disaster assistance page for details on affected areas and how to access support packages.