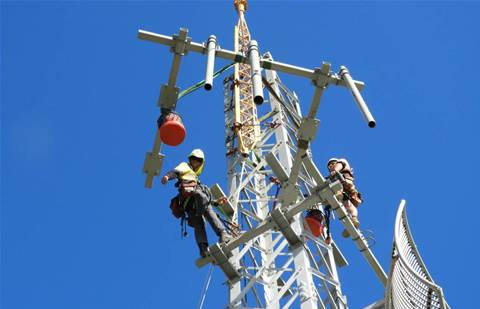 Telstra’s enterprise business has just barely hung on to its status as one of the telco’s only two growing market segments.

Telstra Enterprise, which includes mobile services, data & IP, and its shining network applications and services (NAS) business, remained steady with $8.24 billion in revenue for the financial year to 30 June 2019, growing just one third of a percent.

The company announced in an ASX release that Telstra Enterprise now uses Salesforce as its single sales portal, leading to a 27 percent increase in sales pipeline in the past 12 months.

Unified communications was the big winner within NAS, growing revenue by 14 percent to reach just over $1 billion thanks to increased calling and collaboration annuity revenue.

Telstra started recognising internal access charges in FY19, the fees Telstra essentially pays itself for accessing its own infrastructure. With these charges included, InfraCo’s revenue rose 51.6 percent to $4.95 billion. Without those charges, revenue would have decreased 6.3 percent to just over $3 billion.

The company also revealed this morning that it had just sold three of its international data centres in Europe and Asia to private equity firm I-Squared, with proceeds expected to reach $160 million. The data centres were used predominantly to provide services to Telstra’s international enterprise customers.

To put the size of Telstra’s market segments into perspective, the largest segment, consumer and small business, pulled in $14.27 billion in revenue, Enterprise reported $8.23 billion, InfraCo reported $4.95 billion, ‘other segments’ (includes things like Global Business Services and Telstra Health) reported $2.16 billion, and networks and IT reported $70 million. Enterprise and InfraCo were the only two segments that saw positive revenue growth.