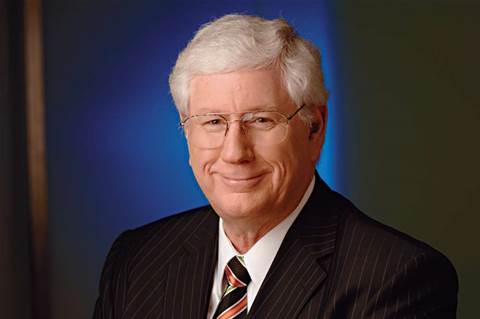 Greg Winn, the Sol Trujillo-appointed chief operating officer of Telstra until February 2009, was paid a bonus of $2.2 million for outcomes related to the delivery of the carrier's IT transformation, which has since been revealed to be running $200 million over budget.

The American executive was hired in August 2005 to lead Telstra's IT transformation program, which involved the consolidation of some 1500 legacy IT and network systems down to a more manageable 300.

Winn was paid a $2 million annual salary and several million more each year in short term incentives based on the overall performance of Telstra.

Today it was revealed that in addition, Winn was paid a cash-based 'Transformation Incentive Payment' based on the "operational, financial and transformational" performance of the company.

Mr Winn had promised investors the transformation project would save Telstra some $100 million a year in IT expenses.

Prior to his departure, Winn handed over responsibility for the IT Transformation project to fellow American executive Tom Lamming.

Upon leaving the company, Winn had said he would "return to the United States with pride and satisfaction" after achieving "many of the objectives of [the] five-year transformation."

But Telstra executives told investors today that the company had only switched off around 50 percent of the legacy systems originally earmarked for consolidation.

Telstra chief financial officer John Stanhope said the project was running $200 million over budget and that there had been a "slight delay in realising the benefits from the IT transformation."

The company does not expect to see any benefits from teh transformation on its balance sheet until the 2010 fiscal year.

Telstra chief executive officer David Thodey, who replaced Sol Trujillo in May 2009, today refused to comment when asked why Winn received a $2.22 million bonus for a project that was running behind schedule and over budget.

Winn officially left Telstra on January 31, 2009, but stayed on for a further two months beyond his original contract, earning $666,666 in consulting fees.

According to documents released today, Winn also received $1.1m in salary and $1.4 million in short term incentives over the 2008/09 fiscal year, plus a 'termination benefit' of $467,566.

The $2.2 million 'transformation' bonus was calculated at 62.9 per cent of a maximum allowable payment approved by Telstra's board of $6 million, while also reflecting that the executive didn't see out the 08/09 fiscal year.

In total, Winn was paid $5.34 million for his last nine months with the company. By contrast, current chief executive officer David Thodey, who led Telstra's Enterprise and Government business for most of the year before taking on the CEO role, earned a total of $3.5 million.

Thodey: $200 million over budget is a "good result"

Telstra chief executive David Thodey told investors today that at two percent of the total project cost, a $200 million overspend should be considered a good result, considering the awful experiences other industries have had attempting an IT transformation.

Thodey confirmed Telstra had "no recourse" to act against suppliers that failed to deliver the project on time and budget.

Thodey said 9.2 million customers have moved onto Telstra's new billing and CRM systems, which represented over 70 percent of the carrier's customer base.

The final thirty percent were "multi-product holding customers" he said - referring to those Telstra customers that use more than one of the carrier's services.

Thodey said the Siebel CRM system in particular was very flexible, but required a lot of customisation and training of staff.

"In many ways, the hard work is yet to be done," he said. "You can't just put in new systems and expect everything to work. You have to train people.

"The work is mostly around execution now, not IT systems," he said.

Ovum analyst Nathan Burkley said the "reality" of the transformation has hit home at Telstra.

"It is now clear benefits of Telstra's five-year transformation program will be slower to flow through to bottom line than originally envisioned," he said.