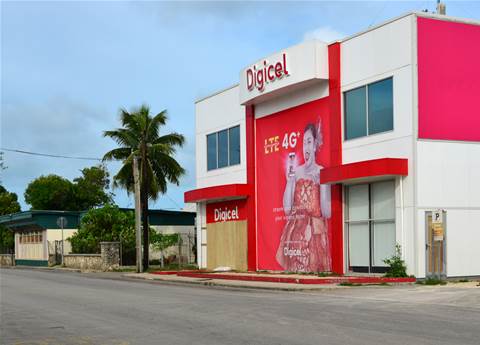 Telstra and the Federal government have finalised its acquisition of South Pacific telco Digicel for US$1.6 billion (A$2.4 billion).

Telstra contributed US$270 million of equity and the Australian Government, through Export Finance Australia, provided the remaining US$1.33 billion through a combination of non-recourse debt facilities and equity-like securities.  Telstra now owns 100 percent of the ordinary equity.

Telstra’s share price has jumped by 90 cents this morning.

Telstra's chief executive officer Andrew Penn said in today’s ASX announcement that Digicel Pacific would be managed as a stand-alone business with its current team continuing to operate the company.

“We are very pleased the deal has completed and we welcome Digicel Pacific to the Telstra family.  We have been working closely with Pacific Governments on this acquisition and we’d like to thank them for their cooperation and support.”

Penn said Digicel would be operated by Telstra International, which is headed by its Singapore-based, chief executive officer Oliver Camplin-Warner and that the company would also be overseen by a Telstra-controlled board chaired by Telstra enterprise group executive David Burns.

Digicel is a provider of communications services across PNG, Fiji, Nauru, Samoa. Tonga and Vanuatu. It had around 2.8 million subscribers and US$466 million (A$691 million) in service revenue for the financial year ended 31 March 2022.

The majority of Digicel revenue is generated in PNG and it is the number one player in all telecommunications markets except Fiji.