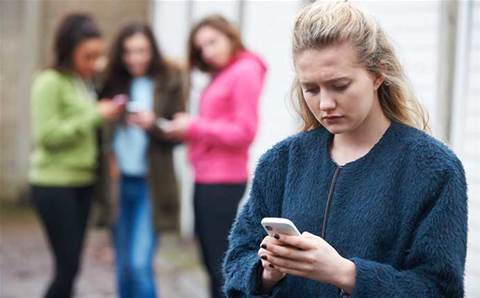 The Telstra Foundation has provided a $400,000 social innovation grant to a youth-led movement against bullying called Project Rockit.

The grant will help to Project Rockit online and amplify its exposure by creating a digital classroom to help young people take action on cyberbullying and online safety.

The project engages secondary school students in years seven to nine in learning and understanding on the issues of bullying, cyber safety and leadership.

"This is especially important in regional and remote areas where we see higher rates of mental health issues, as well as bullying," she said.

"There’s no preaching, lecturing or judging, Project Rockit celebrates technology, creates real talk about the tough issues and works with young people to come up with safe and cool strategies. This new program is about empowering everyone to act."

Project Rockit has delivered face-to-face workshops to more than 200,000 students in 500 schools across the country.

In 2016, Project Rockit ran a 10-school pilot which later revealed that 96 percent of students felt they could challenge bullying after completing the program, according to an evaluation by Western Sydney University.

Head of the Telstra Foundation Jackie Coates said: "As a mother of two, with my son starting secondary school this year, I know how significant the issues of cyber safety and cyberbullying are for Australian parents and teenagers.

"Our research found that parents want more help dealing with these issues, with two in three (68 percent) saying more help is needed to educate and empower young people about cyberbullying," Coates added.

PureProfile conducted the Schoolyard to Screen research for Telstra in December 2016 and January 2017, which surveyed almost 1000 Australian parents of teenagers aged 11 to 18.

The study found that two in five (40 percent) parents ranked cyberbullying and bullying among their biggest worries as their children returned to school, with one in five (20 percent) saying they were concerned their kids would be unsafe using the internet.

The research found that 36 percent of Australian teenagers had personally experienced cyberbullying, with one in five, or 20 percent, stating the bullying occurred within the last month.

The study also found that more than one in three Australian teenagers said they had experienced cyberbullying. Teenagers cited a range of emotional impacts from cyberbullying, with 51 percent left feeling excluded or different and 49 percent saying they wanted to disappear.

Children are also unsure whether their online behaviour can be considered cyberbullying and parents are unsure if their child had bullied others or how to assist children who were victims.