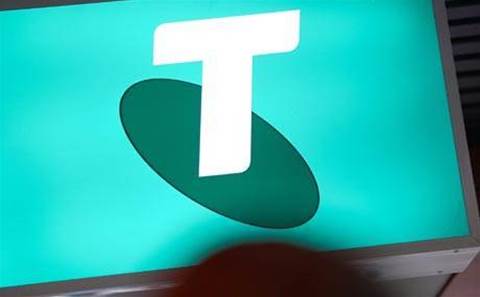 Telstra has shed $464 million in net profit in just six months as it soldiers on through one of its most difficult periods ever due in part to the rollout of the NBN.

While the declining results may sound drastic, given Telstra's net profit for the entire FY18 dropped $345 million, chief executive Andy Penn said the results were in line with expectations and showed a "solid performance in customer numbers and share in the face of intense competition."

"While today's financial results show parts of our business continue to face short-term challenges, there are positive signs particularly with the significant increase in retail postpaid mobile services," Penn said.

Telstra has been looking to cut costs where it can since announcing its Telstra2022 strategy last year The strategy aims to achieve $2.5 billion in net productivity improvements by 2022.

The Telstra 2022 strategy is a company-wide organisational restructure that has seen the company attempt to reduce costs and improve customer experience in order to plug the $3 billion earnings hole that will be left in the wake of the NBN’s construction.

These measures include the net reduction of 8000 jobs, predominately from management roles.

The telco today confirmed that so far, 3200 staff have been cut, including more than 1500 in management and executive roles. At the same time, Telstra reduced its underlying fixed costs by $162 million in the half-year, and said it has made nearly $900 million in annualised cost reductions since 2016.

"Telstra's circumstances today are very different from what they were before the NBN," said Penn. "We are no longer the national wholesale provider. That part of our business – the revenue and value – is being transferred to the NBN and that is reflected in our income, profit and dividends."

Telstra's enterprise business is typically one of the best performers within the company, but the past six months were relatively flat. It include sales from data& IP, networks and NAS products like managed networks, unified communications, cloud, industry solutions and integrated services.

Telstra Enterprise revenue was bumped up 1.3 percent to $3.9 billion, and now accounts for 29 percent of Telstra's entire revenue. It's the second largest segment next to Telstra Small Business and Consumer, which was down 1.5 percent to $7.2 billion and accounts for 52 percent of total revenue.

Overall NAS revenue declined by 4.1 percent to $1.6 billion despite growth among enterprise and small business customers, but was offset by lower NBN commercial work within Telstra's infrastructure business.

Managed network services revenue was down 4.9 percent to $291 million due to one-off revenues in managed data network declining, but this was offset by the security services business growing 27 percent.

Cloud services was a shining star within the NAS business though, growing 12.2 percent to $202 million thanks to increased annuity revenue from public cloud and growing cloud consulting and professional services work. Unified communications also saw a bump with revenue growing 9.7 percent to $442 million.