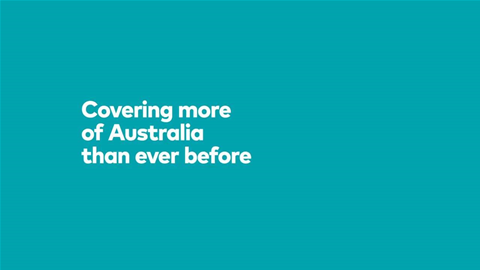 Telstra has once again taken rival Optus to court, alleging that the telco was misleading customers over the size of its mobile network.

First reported by The Sydney Morning Herald, Telstra filed the lawsuit last week to launch legal action against Optus over an advertising campaign focused on the improvements of its mobile network, with the tagline “covering more of Australia than ever before.”

Telstra alleges that the ads suggested that Optus’ network covers more of Australia than all other telcos.

The Optus ad campaign involves video clips of people at various locations like a farm, a suburban neighbourhood, beaches, city centres and more. The telco earlier today uploaded 13 of the 15-second clips on its official YouTube account.

The Herald’s report said Telstra is requesting an injunction against Optus running the ad campaign, having the ads removed and issuing a corrective notice on its website.

At time of writing, Optus had not issued a response to the court, but the telco's vice president for regulatory and public affairs Andrew Sheridan offered a statement to CRN.

“With our main competitor lifting prices during a pandemic, this action provides Optus with the opportunity to remind their customers we are a fantastic alternative with a premium national network, excellent service and superior value that they don’t have to pay more for,” Sheridan said.

“Optus’ national mobile network covers more of Australia than ever before because it’s our biggest and best network on the back of over $6 billion of investment since 2015. We will continue to talk it up because it provides coverage where it matters most to people, where they live, work and play, whether it be in Sydney, Oodnadatta, Southport, Ayr or Dubbo.

“We are proud of our national network’s depth and breadth of coverage and see this action as a clear sign that their claimed point of differentiation continues to diminish.”