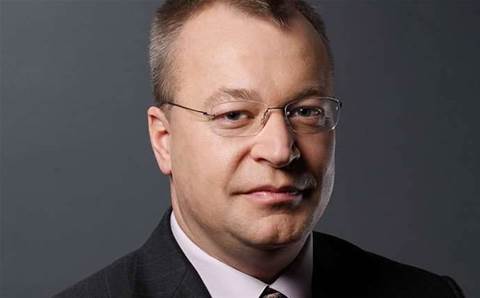 Telstra has hired Stephen Elop, the former chief executive of Nokia, for a newly created role of group executive technology, innovation and strategy.

When he starts on 4 April, Elop will report directly to Telstra chief executive Andrew Penn and alternate between the US and Australia.

Penn said: "Stephen will immediately add major firepower to our team with his extensive and deep technology experience and an innate sense of customer expectations. He is a recognised international technology leader and strategist from across a range of global organisations."

Elop marks a major scalp for Telstra's global ambitions, with the carrier revealing he will lead its "strategy to become a world-class technology company". He was was chief executive of Nokia from September 2010 to September 2013, then moved to Microsoft when it acquired the one-time mobile phone market leader for €5.4 billion in 2013.

Once touted as a possible replacement for long-time chief executive Steve Ballmer, Elop spent two years at Microsoft as executive vice president, devices group before exiting in July 2015 as the company shifted its focus away from Ballmer's "devices and services" strategy and toward incoming CEO Satya Nadella's "mobile-first, cloud-first" message.

Elop's further claims to fame include stints as chief operating office of Juniper Networks, a senior executive at Adobe Systems and chief executive of Macromedia.

Of his new role, Elop said: “I have long recognised the Telstra team as one of the most innovative and insightful in the telecommunications industry. Telstra has a strong focus on its customers, and a willingness to invest in advanced products and services to best serve those customers."

The carrier also announced it had hired Kevin Russell as its new group executive, Telstra Retail. He replaces Karsten Wildberger, who is returning to Germany.