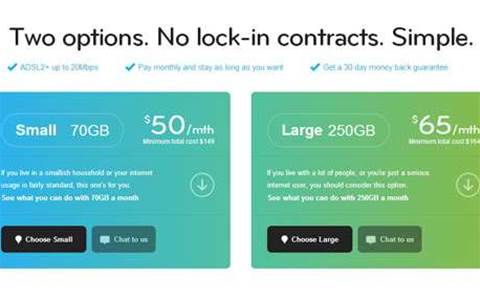 Telstra has launched a low-cost internet service provider as it looks to grow its customer base.

Telstra quietly launched the website for its new ‘Belong’ division on Friday last week. It is offering two ADSL2+ no lock-in home internet plans — $50 per month for 70GB and $65 per month for 250GB.

Neither plans include line rental. Belong’s terms and conditions state the user must have an active fixed line with Telstra or a Telstra reseller.

The service is only currently available in Sydney metropolitan areas. An activation fee of $80 will be required but will be waived for launch customers.

The plans provide speeds of up to 20Mbps down and 1.5Mbps up. Belong will slow a user’s connection to 256kbps if they go over their limit but no extra charges will be applied.

It will also offer an extra 5GB for every 6 months a user stays with the service, to a maximum of 50GB.

Telstra had been hoping to launch a low-cost offshoot using ISP Adam Internet as the vehicle, but the plan fell through when its proposed $60m buyout of Adam failed to win regulatory approval.

Rival iiNet snapped up Adam Internet while launching its own low-cost Jiva brand in August this year.

Jiva offers only one plan costing $79 a month for 24 months. It comprises unlimited ADSL2+ data service, home phone local and international calls and a wireless modem and router, but its availability is also limited.