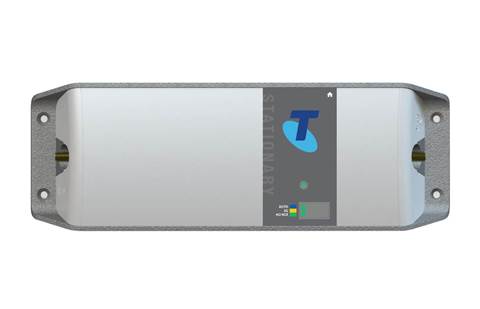 The portable version of the Telstra Go Repeater

The antenna will cater to users in regional areas, those who travel between areas of patchy coverage, or who work in offices or live in residences where indoor signal may be weaker or lacking.

This comes after the telco criticised the use of illegal mobile repeaters in a blog post, blaming it as the cause of dropped calls, slow data speeds and poor reception.

“Although customers are quick to point the finger at their network providers, we are increasingly finding that illegally supplied mobile repeater devices are often the culprit,” Mark Bolton, Telstra Retail area general manager for South Australia South, said in the blog post.

“Every month we find illegal repeaters causing a disruption to mobile coverage for around 20 different communities across the country.”

Operating on Telstra’s 3G, 4G and 4GX network, the device receives mobile signals through an external antenna, which then enhances and retransmits the signal to an indoor or in-vehicle antenna to extend coverage.

It is available as either a stationary antenna for use in residential and commercial premises or a portable version for users wanting to improve coverage on the go, like in a car, truck or boat.

Customers can avail of the Telstra Go Repeater on a monthly repayment plan or purchase the device outright, at $648 for the stationary version or $720 for the portable version. The stationary version, however, will require an external antenna at an additional cost.

The launch is part of a few of the telco’s initiatives to assist regional customers and business to connect to its network, which include its wi-fi calling, blue tick rating, and its rollout of more than 650 base stations through the Federal Government’s Mobile Black Spot program.

“We know reliable coverage is at the heart of what customers want from Telstra. Over the previous three financial years alone, Telstra has invested $2.2 billion in its regional mobile network so more Australians can experience a connected world that supports their way of life,” Telstra general manager for mobile devices Richard Noonan said.

“In addition to upgrading our mobile network in hundreds of regional locations to 4GX, bringing mobile coverage to some of the most remote communities of Australia, we also continue to look for ways to help customers connect with a number of products available like the Telstra Go Repeater that have been developed with our regional customers in mind.”

Telecommunications Services
By Nico Arboleda
May 1 2018
11:08AM