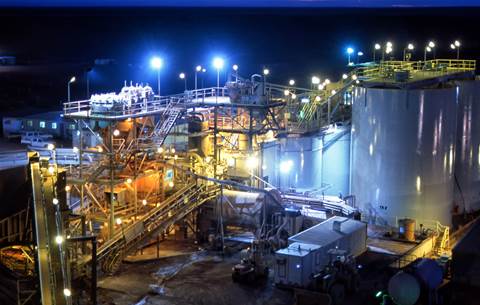 Telstra has unveiled plans to launch an industrial grade on-premise 5G wireless platform through a partnership with Ericsson.

The telco said the platform, which can be deployed on-site, utilises 4G and 5G technology. Telstra added the platform would provide secure, scalable and resilient wireless connectivity to expand connectivity capacity.

During a media briefing, manufacturing, transport, ports, mining and agriculture were all industries cited which were suited to the solution by Ericsson’s ANZ boss Emilio Romeo.

“This solution is unique in that it gives organisations access to an independent 4G/5G network on their premises to deliver enhanced wireless capabilities,” Telstra’s head of networks and IT Shailin Sehgal said in a statement.

“Our joint proposition with Ericsson will enable enterprises to deploy 5G wireless connectivity while maintaining resiliency, data privacy and security for their production environment.”

In regards to delivery, Sehgal said there were a number of layers which made it necessary to involve multiple delivery partners.

First of all, you have the connectivity layer and that's where Telstra will definitely play,” he said.

“You have the local compute, and that will be a combination of Telstra, and potentially a hyper scaler like Microsoft, AWS, Google, or whoever, or a private cloud that comes from the enterprise.

“And potentially, there is a fourth component that may come from a systems integrator, depending on the complexity, or with whom the customer wants to work. So if you combine those four, it's that ecosystem that enables those vertical industries to come to life, it's unlikely that any one of those four parties will be able to do everything by themselves at scale.

“The other part that I should mention is that we are talking about private networks in remote locations.”

Sehgal used a mine as an example where the telco would install base stations, radios, antennas and the capability to do data analytics locally, in addition to adding outside connectivity.

“We are starting to see the deployment of private networks more and more in those locations,” he said.

“The difference is that if you have an incident where you lose connectivity from the outside, because you know you're in the middle of nowhere at some fibreboard card or something happened, the mine can continue operating.

“So that's the private network capability that some enterprises are starting to explore.”

Romeo added that the offering was “critical to the next phase of 5G which is all about improving enterprise productivity”.

“Enterprises will now be able to benefit from 4G/5G capabilities while maintaining operational control, keeping their critical data on-site and making their business more efficient and productive,” he said.

The telco said that the solution would come with a “comprehensive but simple to use management system that provides control and visibility of the system, seamless upgrades and straight forward capacity expansion as their business grows”.

Telstra also announced it had joined an Ericsson program with six other telcos. The program is designed to foster collaboration between network operators and startups regarding consumer 5G technologies.

“By developing these tangible use-cases as part of the program, we will be demonstrating the true potential of 5G, which can lead to significant growth in 5G uptake among Australian consumers.”