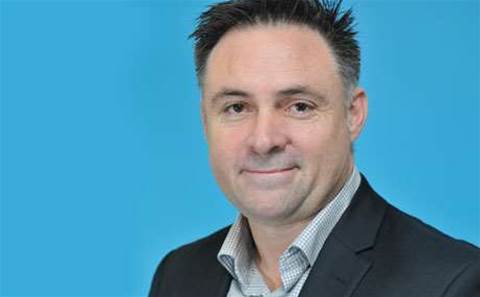 Telstra will replace T-Suite with a new Telstra Apps Marketplace, as it seeks to strengthen its credentials as a “one-stop shop” for IT services.

While T-Suite will continue to operate through till next year with certain apps – including Office 365, Symantec and McAfee – continued to be delivered via T-Suite, that will eventually change. T-Suite customers and apps will be migrated to the new marketplace early next year.

The new Telstra Apps Marketplace, which launches today, will eventually host a broader range of apps than T-Suite. While Telstra hasn’t revealed what new apps are coming, the marketplace will initially launch with electronic signature outfit DocuSign and cloud storage vendor Box, then expand to include additional apps in the next couple of months.

The new system will allow business to browse and purchase apps, as well as allow channel partners to link customer accounts to purchase and manage apps on their customers’ behalf. On-boarding will be easier and new reporting tools will mean “greater visibility” of customers’ accounts, said executive director solution sales at Telstra Business, Brendan Donohoe.

The new marketplace builds on a part of Telstra’s business that has seen significant growth in terms of customer numbers. The T-Suite subscriber base grew 67 percent in the 2014 financial year, with the carrier now claiming 400,000 T-Suite users. Telstra has 2,000 partners selling T-Suite, a spokesperson told CRN.

“[The new marketplace] aligns with our previous announcement around the Cisco cloud stack around us becoming a cloud provider,” Donohoe said. “The benefit to Telstra is moving to that trusted advisor [role] in terms of becoming a one-stop shop.”

For partners, the apps marketplace is “a really big opportunity for partners to wrap their service layer on top of applications”, he said.

“I think most partners now get the market is heading to SaaS. The opportunity for them is around the integration piece: the professional services, the on-boarding, training, and the hand-holding of the customer.”

Telstra’s launch of an overhauled and expanded apps platform follows Microsoft’s decision to end Telstra’s exclusive rights to sell Office 365 in Australia, with sales opened up to other resellers earlier this year.

Other channel layers have also been establishing and expanding their cloud marketplaces in Australia. Westcon spent more than a year building a platform that automates the administration and billing involved with subscription services. Other cloud application middlemen include Cloudxenta, Newlease and Nextgen Distribution.