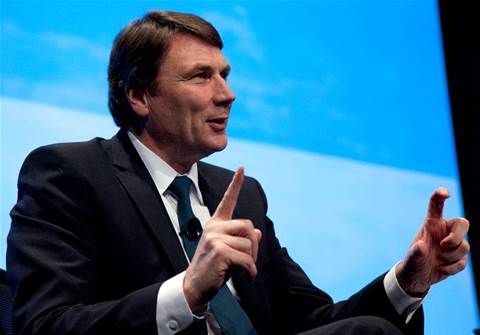 Telstra has confirmed that many of the staff for its new 24-hour call centre operation will work remotely, shifting from its current arrangement of using dedicated facilities.

"We won't get that many calls at 3am in the morning," Michael Ossipoff, Telstra director for capability and innovation, said at the Genesys G-Force conference in Melbourne today. "The way we structure it won't be the same as in the past; we're going to structure it remotely to a large degree."

Telstra announced plans to start offering 24 by 7 phone support from September 14 when it announced its results last week, and said it would spend "tens of millions" on doing so. The strategy is designed to bolster profits by stopping customers defecting, but the company has not previously offered much detail on how it will resource the new arrangements. During its results briefing, CEO David Thodey said that the service was likely to involve both offshore and onshore call centres.

Thodey also made an appearance at the Genesys conference and argued that while new technology would be needed to deliver the services, they weren't the most important element.

"When you start to deploy those tools, you've got to do it with a cultural change in the company coming along as well," he said. "You cannot just deploy technology and hope that's it is going to solve the world's problems; it doesn't work that way."

Thodey also said Telstra needed to improve its workflow management to handle its current load of around half a million calls a day.

Last month, Telstra directed customers to use live chat rather than the telephone after a problem with its IVR systems.

While Telstra is boosting call centre investments, other speakers at the G-Force event argued that a broader approach would be needed to attract customers.

"The next generation of customers aren't going to be interested in IVR, even if you put in voice recognition," said Trevor Haeger, CIO for premium banking at Standard Chartered Bank. "They're too visually enabled, so that will need to evolve."

Research released by Genesys at the conference suggests that 88 percent of customers want to use multiple channels, including call centres, search and social networking, to try and resolve problems.

Haeger also suggested that the use of offshore call centres needn't be a problem if the workers were adequately trained.

The writer travelled to Melbourne as a guest of Genesys.

Grow your software revenue by selling these 5 affordable, essential tools for the modern workplace
By Angus Kidman
Aug 18 2010
3:06PM