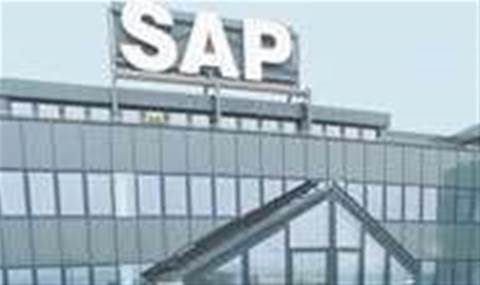 Telstra has unveiled plans to offer licensing and hosting for SAP's Business Suite and business analytics software in a bid to expand applications available directly on its cloud offering.

The move comes as an extension of a deal announced in September last year which saw the German-based software giant certify Telstra's cloud infrastructure to host existing customer SAP software from the telco's Australian data centres.

Under the new deal, Telstra will offer licensing for SAP's mission-critical enterprise resource planning (ERP) and analytics software to existing and future clients, which will then be deployed in the telco's $800 million private cloud.

It is the first time SAP has offered its beefier Business Suite in a cloud deployment, though smaller-scale instances of its ByDesign ERP software has been available through Australian partners for some time.

The deployment will allow smaller organisations to access the ERP suite while being offered software updates more quickly.

SAP has effectively become a third spoke in the two-year-old partnership with Telstra and Accenture, which saw the telco take on infrastructure aspects while Accenture managed client relationship and integration work.

"What's different here is that we now include, for a new deployment, the license itself, the design and the support infrastructure to go with it," Telstra cloud services general manager Mark Pratley said.

"There's some new elements here that allow customers a new level of choice and there are certainly an evolution of [previous efforts]."

Telstra and Accenture have also established an innovation lab to develop new cloud products, an area , said would be used to further extend SAP capabilities in future.

Since certifying the infrastructure for SAP application hosting last year, Pratley said several organisations had come forward to deploy test/development and production systems into the infrastructure, both for primary and disaster recovery use.

"We initially thought from the Telstra side that it would more likely be test and development style, toe in the water," he said.

"What we did find though was that some of the infrastructure customers run in their own IT departments is, or was, at those times ... in need of an upgrade or a refresh, and that was an opportune time for them to consider moving their production systems rather than test systems, and then switching around."

Telstra will now offer SAP licenses directly to new customers but, unlike its infrastructure side, companies will still have to acquire the software through account teams, rather than on-demand.

The sales, primarily channeled through Telstra and Accenture, would allow account teams to determine customer infrastructure and licensing requirements.

Pratley assured that "software hasn't just disappeared into the cloud" but said the company would look to evolve its licensing model over time.

Nevertheless, SAP Australia and New Zealand head of business solutions and cloud, Jeremy Goddard, argued CIOs had opened up to the notion of deploying typically mission-critical software such as ERP in a private cloud environment.

"What we're seeing around the world is a trend for organisations moving from less mission-critical applications – like Salesforce sales automated or human capital manager – starting to move more business-critical applications in the cloud as the infrastructure is proven to be rock solid," he said.

"We do believe that it will continue to happen more. Having the Australian data centre in the market is a big selling point position, because it takes away some of the issues of where your data is held."

Pratley said Telstra would look to bolster the number of applications it offers directly to customers in future, but declined to name any potential partners.

"If customers like this new way of buying and acquiring enterprise-type software, then we would roll out more and more of these partnerships," he said.

"There's lots of relationships with lots of people. We don't spend our time working for an alliance that we don't think is going to be successful.

"Our approach is to work with these companies in the alliance, on the platforms that are in place, and then listen to our customers and understand what they're using for ... and what adjustments need to be made."

Cloud application revenue made easy
By James Hutchinson
Jun 22 2012
8:05AM