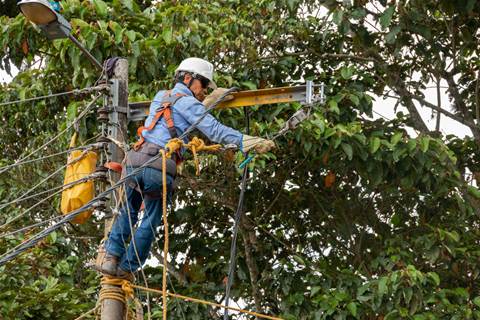 Telstra has offered a 2.5 percent pay rise and replacing the current enterprise agreement with four separate ones during negotiations with the Communications, Electrical and Plumbing Union (CEPU).

The once state-owned telco said it planned to split into four entities in 2020, in what would be the company’s biggest restructuring since privatisation.

According to an update that the union published for CPEU members, Telstra has said the four agreements for each proposed subsidiary—InfraCo-Fixed, InfraCo-Towers, ServeCo and Telstra International—may be structured differently and contain different terminology.

While the CPEU  intends to hold several online meetings open to all members before accepting or refusing the telco’s proposals, it said the fact that the new agreements would roll over all the existing terms and conditions in the current one was “welcomed”.

Under the current agreement, Telstra employees are classified as Workstream Employees and Job Family Employees, and they will continue to have different payment systems under the new agreements.

The union said the Workstream Employees’ pay increase is a guaranteed flat increase to fixed remuneration.

Whereas, the Job Family Employees’ pay increase involves a guaranteed fixed remuneration pool which is then distributed based on their individual performance rating, and their position in the pay range.

The increases would also apply to superannuation and all allowances payable under the agreement.

The union noted in its update on negotiations that the Federal Government is proposing to increase the superannuation guarantee from 10 percent to 10.5 perecent in July 2022.

“Assuming this proposal proceeds, Telstra intends to increase base pay rates by 0.5% – providing a net increase in wages of 3 percent for the 2022 financial year.”

The union said details on how to attend meetings to consult with the union on whether they support Telstra’s proposals would be sent to members shortly.

The CPEU said the meetings would allow it to “respond to Telstra with a position that reflects the views of our members.”

“We believe members should be remunerated in a manner that allows you and your families to keep up with the massive increases we’re seeing in relation to food, clothing, petrol and housing costs, without sending you backwards.”

Grow your software revenue by selling these 5 affordable, essential tools for the modern workplace
By Jeremy Nadel
Mar 18 2022
7:55AM