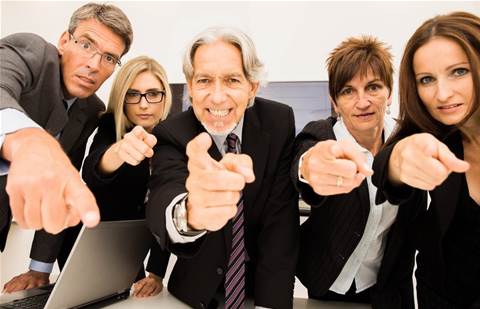 A report from the Australian Communications Consumer Action Network claimed that this often resulted in questionable selling practices, such as being sold plans or products more expensive than expected or that were unaffordable.

“This research tells the story of team members who were under intense pressure to meet sales targets,” ACCAN chief executive Teresa Corbin said.

“This has the potential to create an overly-competitive culture where the sale comes first and consumers’ needs are an afterthought.”

The group said there was “a broad industry push” to focus on selling, up-selling and pushing related products or services, like handsets or accessories to customers. Employees allegedly rephrased the offers or suggested that they used the products themselves.

The report said some employees were not trained adequately in the consumer protections available for telco customers, with half of the respondents not receiving training on the Telecommunications Consumer Protections (TCP) Code.

“This research raises questions about not only the effectiveness of these consumer safeguards but whether the ACMA has sufficient tools to intervene when systemic issues do arise,” Corbin said.

“We hope that this report will create the opportunity for us to have a constructive dialogue with the telco industry, so that we can ensure that consumers are protected against questionable selling practices.”

ACCAN also called on the Australian Communications and Media Authority to launch an investigation into the issue.

“As we’ve seen this week with the formal warnings issued to telcos who violated their responsibilities to provide information to consumers with disability, investigations by the ACMA can have a tangible impact on consumer safeguards,” Corbin said.

A Telstra spokesperson said the research was conducted on a small sample of 30 ex-employees who left the company up to two years ago, saying that recent improvements made were not represented.

"Telstra undertakes thousands of sales every day that result in happy and satisfied customers. In the small number of cases where we become aware of inappropriate sales behaviour we act quickly to stamp it out," the spokesperson told CRN.

"We have recently released a number of products with features designed to give customers more freedom and flexibility such as unbundling and no lock in contracts."

Optus on the other hand spoke about the positives of dealing with customers face to face, but did not directly address the report.

"Face-to-face customer engagement offers Optus the opportunity to learn more about the individual technology and entertainment requirements of the customer, and customise a recommendation for the customer’s consideration that is based on his or her needs," an Optus spokesperson told CRN.

"A personalised response is more likely to offer an option which delivers great value and the best service, and that’s what we strive to do."

Vodafone meanwhile said its frontline staff has regular training so they understand their responsibilities when selling products, and that its remuneration for sales employees is also structured to encourage responsible selling.

"We take ethical selling very seriously. It’s important to us that our customers have a strong understanding of the products they are signing up for, and select an option that best suits their needs and circumstances," a Vodafone spokesperson said.

"Our products are also designed to ensure customers are in control. Our no lock-in contracts mean customers can change their plan at any time, and their plan isn’t tied to a device contract."