Telstra partner Calibre One prepares non-profit for the cloud 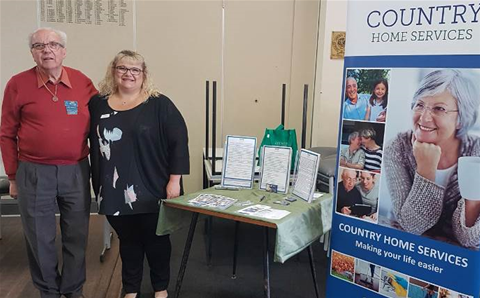 Calibre One has updated South Australian not-for-profit Country Home Services' entire IT environment, saving it thousands of dollars per month on its telecommunications bill along the way.

Telstra partner Calibre One started working with CHS in 2009 by kicking off a technology modernisation program and providing ongoing IT support.

According to CHS CEO Craig Standbridge, the organisation was becoming increasingly dependent on IT and was struggling to cope with its regional ADSL links between sites, out-of-date and expensive telephony system and un-managed, on-site server hardware.

While those improvements were welcome, wide-area connectivity remained an issue that made cloud adoption difficult and ruled out migration of core legacy applications into a managed data centre. CHS had also adopted a new VoIP service that was more costly than anticipated and wasn't providing the service quality needed for an organisation where its advisors spend 90 percent of their time on the phone (and in which 75 percent of contractors worked from home).

In 2018 Calibre One therefore began a new project to migrate CHS from its ageing ADSL connections to a Telstra Connect IP Network, which proved to be more cost effect and allowed for greater capacity to carry voice and data traffic. It also allowed CHS to migrate its legacy CIM aged care and accounting application into Calibre One's own data centre.

Calibre One also updated CHS's telephony environment to a Mitel UC platform, helping the organisation save $3900 each month by removing its previous cost per call model.

"Combined with the rollout of new laptops, our cloud and UC environment is allowing all staff to login from anywhere and for calls to be easily routed to them, no matter where they are," CHS CEO Standbridge said.

Calibre One also developed a mobile app that links to CHS' client booking and service delivery information, that was previously managed with paper-based forms and spreadsheets.

"With the upgraded network and technology we now have in place we are starting to see real benefits in terms of improved productivity and efficiency. We are in a very competitive industry, so the use of technology is important to keep CHS at the forefront," Standbridge said.

Looking ahead, CHS still wants to move more of its core applications to the cloud and to harness technology to introduce more programs for customers.