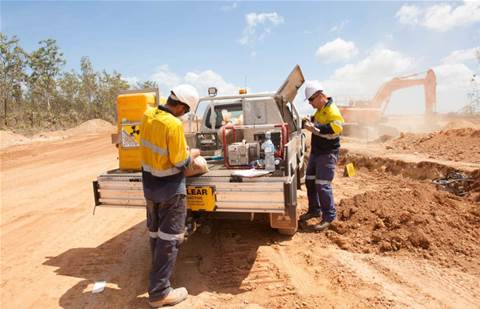 Northern Territory-based HiQA Geotechnical wanted to upgrade its decentralised IT setup to a more homogenised one to support its growing business.

The setup would then be later replaced with infrastructure-as-a-service and SaaS by way of Microsoft’s Sharepoint Online offering, and is now in the process of migrating to Office 365 with Telstra Calling from ShoreTel and Telstra ISDN.

This would be a significant step-up from HiQA’s previous ad hoc setup, which consisted of mobile phones, laptops, hard drives and Dropbox accounts.

“We realised that we needed a more homogeneous approach to ICT, so we started
looking for a technology partner,” HiQA Geotechnical NT operations leader Daniel Gaunt said.

“[Calibre One’s setup] gave us a reliable service, which was accessible anywhere we had an internet connection.”

HiQA provides National Association of Testing Authorities (NATA)-accredited geotechnical
services for the government, construction, defence, and mining industries. Its services include the sampling and testing of concrete, asphalt soil and other minerals and materials on site, in addition to environmental sampling and geotechnical field investigations, among others. The company grew from a single base laboratory in Katherine to four locations within the territory and a team of 35 staff.

Calibre One now manages HiQA’s entire ICT environment, and also took over the management and reporting on its Telstra services. HiQA reported that its upgrade marked the first time it had achieved complete visibility on its telecommunications spend and a full overview of its consumption.

“Calibre One demystified all the Telstra data and lingo for us and has given us much better control over our telco services,” Gaunt said.

“They can also get things done much more quickly than we ever could with Telstra – I just have to send an email and Calibre One will execute.”

The Sharepoint deployment aimed to provide employees access to HiQA’s systems and files from any device wherever they are, considering they spend much of their time on the field. For security, Calibre One paired the deployment with Fortinet FortiGate.

“We are dealing with over one million data sets, and we’ve developed a system that can now provide us with live tracking of our samples through the testing process. If you can imagine, it’s a bit like Domino’s Live Pizza Tracker,” Gaunt said.

“This addresses two key pain points for our customers: failed test results and overall
timeliness in delivering results. The quicker we can let the customer know about a failed test, the quicker they can rectify it.”

Meanwhile, HiQA and CalibreOne are currently working on a number of projects moving forward, including a plan to decommission HiQA’s ISDN lines and migrating all sites to the NBN from the company’s current MPLS-based IP network.

The company is also moving to ID-as-a-service with Microsoft Azure Active Directory from cloud-hosted domain servers, and is in the process of migrating from on-premise IP telephony to Telstra Calling for Office 365. The migration is expected to finish towards the end of this year.

“Our team is so used to communicating this way, so it’s a natural next step for us to build this
capability into whatever device we are on. It’s all about our users being technology agnostic in how they communicate,” Gaunt said.

Grow your software revenue by selling these 5 affordable, essential tools for the modern workplace
By Nico Arboleda
Sep 27 2018
7:00AM