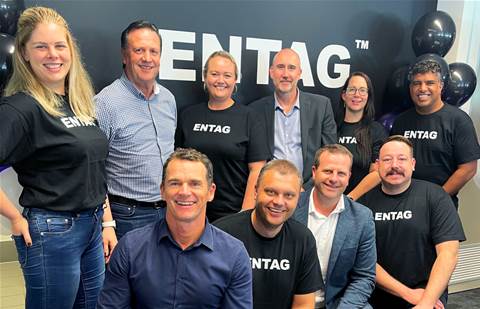 Entag Group said the acquisition would make it one of Telstra’s largest business and enterprise partners, and is also part of Entag’s plan to become Australia’s largest regional ICT business by 2023.

“Our people at Entag are truly what sets us apart and we are excited for the opportunity this presents to them and the supercharging of digital transformation for our customers,” Entag Group chief executive Kris Carver said.

Founded in 2013 by Mark Etchells, Entag specialises in technology solutions rollouts and professional services, and also owns and operates a network of Telstra retail stores.

Vita Group is Telstra’s largest retail partner, operating 104 stores. In February this year, Telstra announced plans to buy back most of its retail stores, where it won't renew its relationship with Vita once their agreement expires on 30 June 2025. Vita Group revealed it would pivot to focus on its other business, Artisan Aesthetic Clinics, once the Telstra stores have been turned over.

In Entag’s announcement, Sunshine Coast Council head of economic development Andrew-Eves Brown commented, “Entag has been and continues to be a key contributor to the growth of the Sunshine Coast and its associated ICT industry.”

“ENTAG’s knowledge and expertise has helped the Sunshine Coast navigate its way through key major projects such as the submarine cable justification as well as provided leadership through the resurgence from COVID-19.

“This announcement further galvanises their position within the Sunshine Coast ecosystem and promotes the region as a great place to build a successful ICT business.”