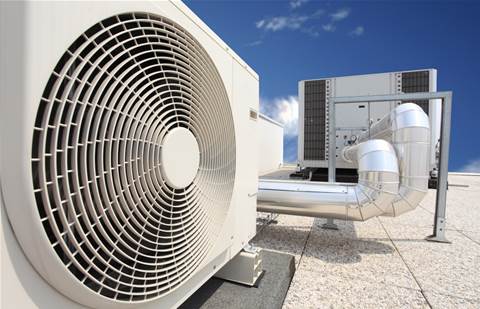 Melbourne-based Telstra partner Rubicon8 has deployed the Dubber call recording solution to the Australia Refrigeration Council (ARC), the peak body for the refrigeration and air conditioning industry in Australia.

Rubicon8 corporate account executive Michael Jenkins said he was approached by the council, looking for a call recording solution for its contact centre of 18 staff who handled 1100 calls a week.

ARC IT operations manager Andrew Growcott said the organisation wanted something that would allow calls to be recorded and analysed to track the quality of customer interactions and help deal with abusive callers.

“We’ve looked after the customer for 15 years or so. They use Telstra TIPT, Telstra’s IP telephony, they’ve got a call centre built into that, but it had some limitations around staff training and visibility of customer interactions,” Jenkins explained.

“During COVID, with people working from home, that made it even more difficult so they needed something that was cloud-based, easy to implement, validated - not something that requires bespoke implementation and integration.”

Jenkins said that this was not the first time that the company had reached out for a call recording solution, but in the past had had to abandon the idea as the options had never been viable.

“[The ARC] had researched call recording and call monitoring solutions previously but they had all – especially when it came to TIPT as the platform – needed very expensive integration work,” Jenkins said.

This time when the ARC reached out, Jenkins said, the customer was “surprised” when he was able to immediately recommend Dubber and put them in touch with the vendor, who explained the technology and went through the checklist to make sure it would all work.

Due to the existing platform integration between Telstra’s TIPT platform and Dubber, deploying up the SaaS solution for the client was as easy as provisioning voicemail, a Dubber spokesperson said.

Since deploying the solution, it has become a major part of the organisation’s systems.

The client has also found Dubber’s AI capabilities helpful, providing automated feedback on how well any given interaction went.

It has expanded the use of the solution beyond the contact centre, so if a call needs to be raised to an executive from an agent, whether remote or in-office, any information will follow the call.

“We looked at how well recording went in the call centre and decided to expand the recording to everyone in the business. If managers get abusive calls forwarded to them we can now track that whole interaction. Letting everyone record means we can now review the calls and decide how to deal with them,” ARC’s Growcott said.

The solution works for the ongoing hybrid office / remote work model the client has embraced, enabling consistent customer service regardless of location.

They have also set up key words and phrases that the AI will ‘listen’ for and generate alerts should they come up.

Since implementing the solution, it has been a matter of ‘no news is good news’ for Rubicon8 as things have been running smoothly.

“My previous experience with call recording solutions was quite poor. Either extremely difficult to implement or in some cases impossible,” Jenkins said.

“The customer never came back and said ‘what’s going on?’ – it was just done. It works exactly as we wanted, and probably in some cases better than the customer thought.”