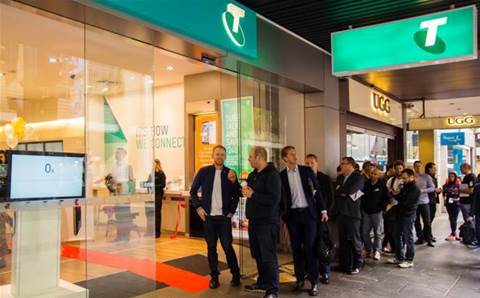 Telstra's only master license partner said revenue from its retail channel was up two percent overall, despite a five percent hit to like-for-like revenue as a result of the remuneration cuts earlier this year.

Vita revealed in May that Telstra would cut partner remuneration by 10 percent starting 1 July, an addition to cuts it already made in December and February. The company said the impact of the cuts was offset by an increased focus on consultative solutions, multi-product sales and an increased store footprint.

Last week, Vita said it finalised a revised master license agreement with Telstra, which would see the remuneration cuts go ahead in exchange for increasing the number of stores Vita can operate to 110.

Vita currently operates 105 Telstra stores, after opening eight and closing two in FY17. Vita also operates 21 Telstra Business Centres and one Fone Zone store, after closing one this year. The company briefly mentioned that it had closed down its One Zero Telstra reseller brand to focus more on Telstra-branded stores.

On the solutions front, Vita last month merged its SMB and enterprise channels into one business ICT division, which represents 13 percent of overall revenue and 15 percent of gross profit. Revenue from both former business divisions were up 20 percent in FY17.

Vita thanked its Salesforce implementation for the boost in sales. The platform, dubbed Vita View, gives team members access to a host of features and functionality, including customer profiles and a central repository for marketing, sales, service and support interactions. It also offers customers and partners a "self-service platform". Vita also rolled out a proprietary journal technology called XLR8 in its business channels after a successful rollout in its retail channel.

Revenue for the entire Vita Group, which includes its enterprise solutions business, was up five percent for the 2017 financial year ending 30 June to reach $674.6 million. EBITDA was also up five percent to $65 million, and net profit was up 11 percent to $39 million.

"I am very pleased with our performance, which highlights Vita's ability to execute, in spite of current market challenges," chief executive Maxine Horne said.

"Our results demonstrate why we focus on attracting and developing the best talent to deliver exceptional customer experiences through consultative selling. This is key to our ongoing success."