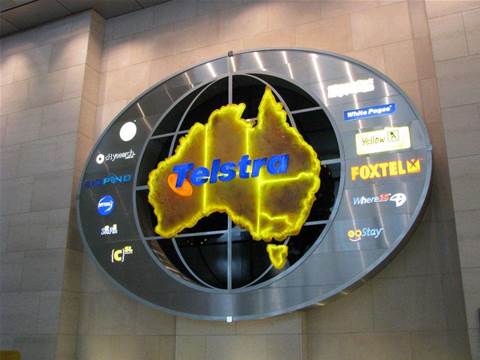 Telstra has revealed it is upgrading 1600 exchanges with quality-of-service equipment supplied by Alcatel-Lucent as part of a $600 million investment aimed at chasing the small business market.

The incumbent today took the wraps off 'Digital Business' - essentially a series of hardware, software and broadband bundles it hopes will open revenue streams beyond simple access to voice and data services.

Telstra will invest $600 million over five years to support the bundles with quality-of-service upgrades, "IT equipment, labour and capital expenditure".

The exchange upgrades were expected to be completed by September.

At the core of Digital Business bundles, Telstra will offer a single ADSL2+ line over which customers could run "up to three high-quality voice calls simultaneously".

While conceding that amounted to further cannibalisation of its already-declining fixed line business, Telstra Business group managing director Deena Shiff indicated it was part of Telstra's strategy to prepare for the future NBN world.

"We believe the opportunity for us to expand the reach of our product range into this end of the market and to upsell into the apps space will meet our financial hurdles for this scale of investment," she said.

"We expect this to drive our broadband penetration and our ability to obtain a revenue stream that sits above the access layer in a post-NBN world.

"We believe for us that the action will move from 'what broadband do you have' to 'what are you doing with it'."

One of the key benefits of the system touted at the launch were automatic fixed-to-mobile failover options for both voice and data services, should the fixed network cut out.

A Telstra spokesman said that "intelligence" had been embedded into both the softswitch and the Cisco router to enable that failover to occur.

In the case of data services, the Cisco router included a side-facing USB port through which a small business could connect a NextG wireless modem.

The modem - which included 5 GB of data - cost an extra $15 a month. In the event that outbound data transmission through the Cisco router failed, it was designed to automatically switch to the wireless service.

The spokesman said that Telstra had decided not to embed the NextG modem in the Cisco router in part to allow customers to upgrade their wireless modems regularly when new versions were released.

He said Telstra was also "looking at other solutions" to the integration of fixed and wireless networking in the router, but did not elaborate.

Although the Digital Business packages weren't available until 5 June, Shiff said that Telstra was "taking orders".

Availability would at first be limited to capital cities and small business customers with up to 10 employees, although the products were being designed to eventually handle small businesses of up to 25 staff.

The packages were broken into a "core plan" starting at $120 a month (which covered service and base equipment). Small businesses then paid another amount per user per month, depending on requirements.