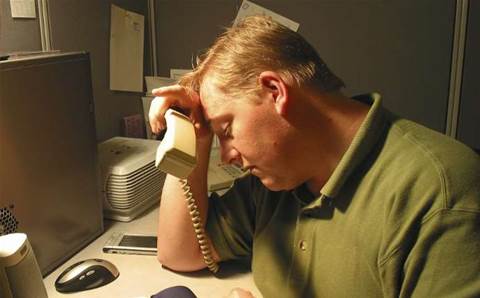 The Australian Communications and Media Authority has accused Telstra 3G mobile reseller Lycamobile of failures in its complaints-handling procedures.

The industry watchdog has found the mobile virtual network operator's complaints-handling procedures violated the Telecommunications Consumer Protections Code by failing "to keep any records of due response dates for its complaints".

"And in some limited circumstances [Lycamobile] had not advised customers of delays in dealing with their complaints or kept records of proposed resolutions," announced the ACMA.

An ACMA investigation into Lycamobile was triggered August last year when the Telecommunications Industry Ombudsman noticed an increase in complaints about the Telstra 3G provider in the first half of 2015.

Lycamobile has been contacted for comment. ACMA said the MVNO had undertaken to review its procedures to ensure future compliance.

ACMA chair Chris Chapman said complaints-handling in the telco industry had improved noticeably since the Reconnecting the Customer enquiry in 2011.

“However, we will not fail to act where a provider’s standards do not meet the requirements of the industry code,” he said. “Good record keeping practices are essential to for providers to track the progress of complaints received and resolutions proposed — both essential for maintaining a good customer experience and relationship.”

Lycamobile had previously been in trouble with ACMA in 2014 for overcharging customers, just months after an Australian Tax Office application to wind up the company was dismissed in the NSW Supreme Court.

Grow your software revenue by selling these 5 affordable, essential tools for the modern workplace
By Tony Yoo
Feb 16 2016
11:34AM