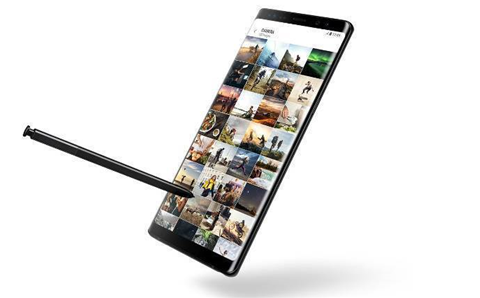 Telstra has revamped some of its post-paid and pre-made mobile plans to make way for the incoming launch of the yet-to-be-announced iPhone 8 and the Samsung Galaxy Note 8.

The telco has added an extra 8GB of data to its $99 Go Mobile Plus and Go Mobile Swap plans, which now include 20GB of data, unlimited international calls and texts and the option to pay $10 per day for international roaming with 100MB of data. The $129 plans now include an additional 5GB, bringing the total to 30GB.

Customers that purchase a mobile plan costing $99 or more before 25 December 2017 will also receive a 12-month subscription to Foxtel Now, the online streaming platform owned in a 50-50 joint venture between Telstra and News Corp.

The telco said it expects the new plans to be popular for customers looking to buy the latest smartphone, alluding to the upcoming reveal of Apple's next iPhone, expected to take place on 12 September.

Samsung revealed its latest premium flagship device, the Galaxy Note 8, in late August. It is expected to go on sale in Australia from 22 September.

Telstra has also added a new feature to its pre-paid mobile plans allowing customers to 'bank up' their unused data. Data Bank is available to customers that actively recharge $30 or more, who will be able to bank up to 50GB of unused data that can be used at a later date.

Telstra Mobile executive director Michael Simpsons said: "Customer demand for mobile data has grown nearly 50 percent every year since 2014 as smartphones have become our most personal and important communication device."