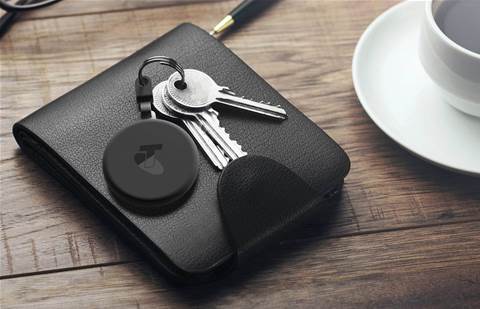 Telstra has expanded its internet of things product line-up products by revealing a range of asset tracking devices for consumer, small businesses and enterprise customers.

Later this year, Telstra will launch the Telstra Locator line of devices which includes lightweight, Bluetooth-enabled tags to keep track of smaller personal items like keys and purses, as well as rechargeable wi-fi tags for pets or larger items like bikes and bags.

Telstra Locator will be offered on a subscription basis to the telco's consumer and small business post-paid mobile customers, allowing them to find lost items within the Locator app.

The locators connect to Telstra's network to help customers find their items, whether it be via the Telstra Air wi-fi network or through Cat M1, which is suitable for devices that transmit more than 100s of kilobits of data per second.

“Telstra’s new location of things products use connected technology to solve everyday problems for Australians – from families and local businesses through to our country’s largest enterprises.”

The telco said it's already trialling the enterprise tracking service with a number of large organisations. The enterprise solution – dubbed Track and Monitor – will be available in October this year, which will enable low-cost, large volume asset tracking across multiple locations.

“These devices will send data about a customer’s valuable assets, delivering valuable insights that our customers can easily translate into better business outcomes," said Garra. "Ultimately, our number one priority is to deliver transformative experiences for our customers, and we believe that opportunity lies in IoT.”

Telstra activated Cat M1 technology on its mobile network in August last year, which it claims covers three million square kilometres across Australia, making it one of the largest IoT networks in the world. Telstra followed that up in January by activating narrowband IoT technology on the network, which is suited for devices that transmit less than 100 kilobits of data per second and have batteries that can last for multiple years.