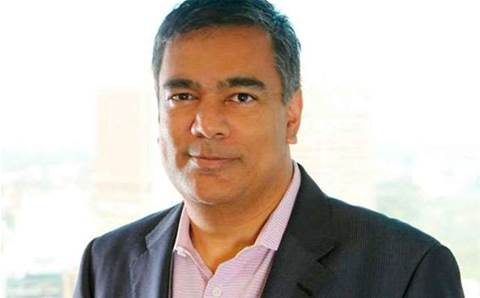 A Telstra spokesperson confirmed Nandlall's departure to CRN, but would not comment directly on the allegations he embellished his CV, as first reported by The Australian.

"Vish Nandlall has left Telstra after serving as the company’s chief technology officer for the past 21 months. Vish launched the Gurrowa innovation co-creation lab in Melbourne, led Telstra Big Data and Machine Learning research and development, developed an Internet of Things incubator to develop medium term consumer solutions and established our joint venture with Pivotal Labs."

Nandlall told CRN he was returning to North America for "personal reasons".

"The terms under which I am leaving Telstra are private. I am returning to North America for personal reasons. Regarding the reported allegations, my CV is available through LinkedIn and is verifiably accurate," he said.

Telstra is not immediately replacing the role, and will instead await direction from freshly-minted head of technology, innovation and strategy Stephen Elop. Elop left Microsoft in March to take on the role.

Nandlall's blogs at Telstra Exchange have been removed from the telco's website.

He drove a number of significant initiatives in his nearly two years at Telstra. Nandlall recently spoke at the Cisco Live conference in March, where he discussed the carrier's launch of a consumption-based Virtual Private Network service.

According to LinkedIn, Nandlall joined the telco after serving nearly five years at Ericsson North America, where he was responsible for the operations of the telco’s IT system and developing the technology road map for Telstra.

Before Ericsson, Nandlall spent six months as CTO of Extreme Networks and was also CTO for Nortel Carrier Networks for three years, as part of a 13-year career at Nortel.

Updated 9.00am 28 May with statement from Vish Nandlall