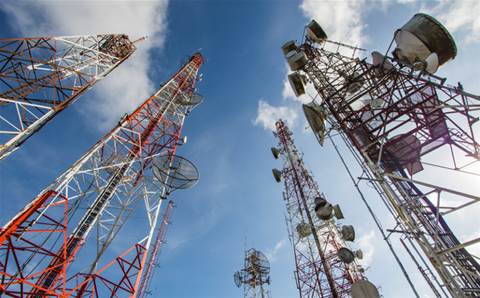 Telstra has sold 49 percent of its telecommunications towers business, InfraCo Towers, to a consortium  for $2.8 billion.

Telstra chief executive Andrew Penn said the deal was a significant milestone for its T22 program and “an acceleration of Telstra’s strategy to unlock value” in the assets.

“Our T22 strategy is delivering on multiple fronts and I am proud of what we have achieved,” Penn said.

“Today’s announcement is a further endorsement of the strategy, as the establishment of our infrastructure assets as a separate business was designed to enable us to better realise the value of these assets, take advantage of potential monetisation opportunities and create additional value for shareholders and that is exactly what today’s announcement achieves.

“We are delighted to be forming a long-term strategic partnership with such a high calibre Australian consortium comprising the Future Fund, Commonwealth Superannuation Corporation and Sunsuper, managed by Morrison & Co.”

Telstra remains the majority of InfraCo Towers and will continue to own the active parts of its network, including the radio access equipment and spectrum assets. The telco also forged a 15-year agreement with InfraCo Towers with an option to extend further.

Penn said Telstra will return 50 percent of the proceeds to shareholders, and is also exploring potential share buybacks in the upcoming financial year. The telco will also invest $75 million to improve connectivity in regional areas.

The remaining proceeds will also be earmarked for debt reduction.

“This investment further strengthens the Future Fund’s exposure to digital infrastructure and the long-term thematic of data growth,” Arndt said.

“We are pleased to partner with Telstra to play an important role in strengthening Australia’s 5G infrastructure.”

InfraCo Towers will operate under a board, with current InfraCo CEO Brendon Riley as chair leading other Telstra and consortium representatives. The company’s new CEO will be Jon Lipton, currently head of the towers business within Telstra.