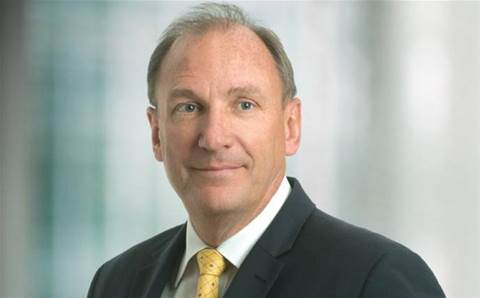 Nearly two thirds of Telstra's shareholders have voted down the company's executive pay package in frustration over its crumbling share price and dwindling dividends.

During Telstra's annual general meeting on Tuesday, 62 percent of votes were against the company's remuneration package, which rewards executives with bonuses based on the telco's performance.

Telstra received a first strike as a result, which occurs when at least 25 percent of shareholders vote against a remuneration package. If Telstra receives another strike next year, it could force the company's board of directors to stand for re-election.

Telstra had anticipated shareholder dissent would lead to a strike, so much so that chairman John Mullen used the majority of the AGM to try and convince shareholders why they should support the remuneration package.

"Some observers out there seem to think that directors sit around like the Witches of Macbeth scheming as to how they can manipulate incentive schemes to give improper benefit to already excessive executive salaries. Let me tell you that nothing can actually be further from the truth," Mullen said.

Mullen said that the perceived opinion from shareholders was that the incentive-based remuneration package should be voted down in response to the company's financial woes over the past two years, which has seen Telstra's share price drop by approximately 43 percent since July 2016 and dividends slashed.

He said that the biggest impact on Telstra's financials was the NBN, which would reduce the company's profit by half after its completion, which had a direct result on how much dividend it could pay shareholders.

Despite this, Mullen disputed critics' claims that Telstra has had a poor year in 2018. "I believe that this simply is not true. In the face of the disruption mentioned earlier, Telstra has actually still managed to deliver on its guidance, make a $3.5 billion net profit after tax, and broadly maintain market share in most segments."

He added that he believes executive salaries are too high across the board "but changing this takes time and needs to be embraced by all of corporate Australia not just one company or one industry, as the marketplace for talent is international and is industry agnostic."

The CEPU, a union representing Telstra staff, welcomed the rejection, saying executives had been held to account.

“Shareholders have done the right thing today and rejected the Telstra remuneration report. Why should we allow these Telstra executives to pay themselves bonuses while they destroy jobs and the foundations of this once iconic company?" CEPU Communications Union NSW Branch secretary Shane Murphey said.

“Telstra executives’ attempt to give themselves big bonuses at a time when jobs are being axed and workers are being asked to accept a cut in take-home pay is beyond offensive.”