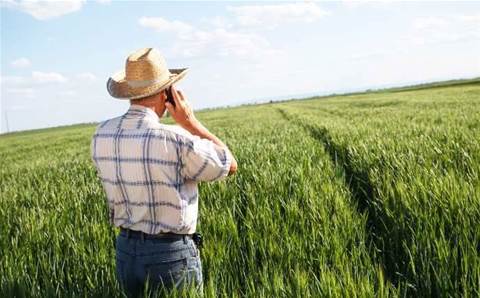 The Australian Competition and Consumer Commission has started an inquiry into a wholesale domestic mobile roaming service, which could force telecommunication providers with more areas of coverage, such as Telstra, to open their networks to other providers.

ACCC chairman Rod Sims said: "Consumers are increasingly relying on mobile services and the issue of coverage and a lack of choice in some regional areas is a particular issue that has been raised by a number of groups."

Telstra, which is widely acknowledged to have the best regional coverage in Australia, put out a response to the ACCC, blaming other carriers for failing to invest.

"Where there is lack of choice of operators for regional Australians, it is the result of decisions made by our competitors to not invest in those areas," said Telstra group executive corporate affairs Tony Warren.

Warren said that enabling mobile roaming in Australia would stop coverage being a differentiator in the market and would end up removing "the key rationale for investment in regional Australia for all operators".

He added that the telco, which will have invested $5 billion in mobile services nationally in three year to June 2017, will now consider the implications of potential roaming regulations for the company's investment plans.

"Declaration would ensure there is no incentive for any operator to invest for competitive reasons in many regional areas. In contrast, history shows that when declaration is ruled out, investment flows for regional Australians," said Warren.

According to Sims, concerns to the matter were raised by the Regional Telecommunications Review Committee, Infrastructure Australia and the House of Representatives Agriculture Committee.

The ACCC inquiry will focus on how consumer demands for mobile services are evolving, and whether there are differences in regional areas to urban areas; the likely investment plans of each of the mobile network operators to extend coverage and upgrade technology, absent a declaration; whether there are any significant barriers to expanding the reach of mobile networks; and any lessons from similar experience with domestic mobile roaming in other countries.

This is the third time the consumer watchdog has considered the mobile roaming issue. Both times, in 1998 and 2005, the ACCC decided not to regulate.

"Network coverage is clearly a key feature of a mobile service, and each of the mobile network operators has extended its networks since we last looked at this issue in detail.

"A particular area of concern for us is whether consumers would, in fact, be disadvantaged if the incentives to invest in expanding the reach of mobile networks were reduced," said Sims.