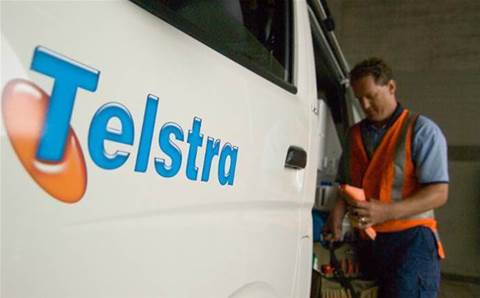 Telstra's chief executive Andy Penn has explained why his company is hiring more and more workers from overseas despite axing 8000 local jobs.

Penn addressed the Committee for Economic Development of Australia on Wednesday, telling the audience that the telco has ramped its recruitment of software engineers from overseas due to the lack of talent available in Australia. According to Penn, Australia had only 1200 new software engineers in the past 12 months, compared to 44,000 from India.

"We need these capabilities now, but the fact is we cannot find in Australia enough of the skills, like software engineers, that we need on the scale that we need them. Why? There simply are not enough of them. The pipeline is too small," Penn said.

He added that Australia's ICT sector is expected to have a shortfall of 60,000 skilled workers in the next five years, and that Telstra also has to compete with other Australian organisations for talent.

"That means we are having to recruit some of those capabilities on the global market, including in places like India."

During his speech, Penn announced that Telstra would create an Innovation and Capability Centre in Bangalore, India, that will hire 300 network and software engineers who will work in areas such as IoT, networking, AI and machine learning.

"This Innovation and Capability Centre consolidates our presence in India where we already work with many partners and furthers in house talent we previously sourced from third parties. It means we can quickly hire, develop and scale that talent across our business.

"It also complements what we are doing here in Australia within Telstra Labs, Muru-D our accelerator program and our customer insight centres."

Despite increasing offshore hiring, Penn said the number of offshore workers employed by Telstra would decline by the end of FY21 as a result of reduced call volumes and more effective order fulfillment.

Penn also discussed the company's desire to be more involved in helping to build up STEM skills in Australia  through partnerships with business, government and tertiary organisations.

"We recently started to partner with the University of Wollongong on their new Global Leaders Development Program and have taken our first of their Big Data students as an intern, one of 80 students from around Australia who have been working with us over the summer.

"In the months ahead, similar partnerships will be established with a number of additional tertiary institutions around key technology areas such as software defined networking and machine learning."

Last year, Telstra introduced its Telstra2022 strategy which will see at least 8,000 net employees cut from its payroll as part of a company-wide restructure in order to reduce costs and address the company's disappointing financial performance.

Telstra has only hinted which jobs will be cut, saying it would trim between two and four layers of middle management  and  look to digitise more of its services in an effort to streamline customer services.