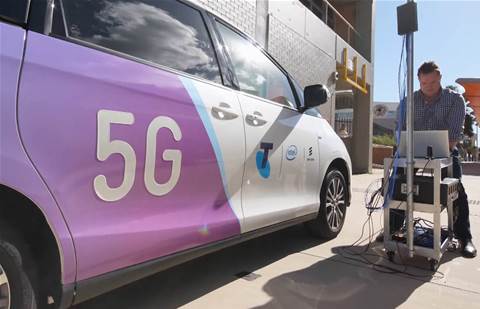 Telstra is speeding up its next round of job cuts by bringing forward $200 million in restructuring costs into the current financial year.

The telco said it made the decision "as a result of good progress on T22", which will see up to 9500 jobs slashed over three years as part of its efforts to plug a $3 billion earnings hole left in the wake of the NBN's construction.

Telstra previously announced plans to write down the value of its legacy IT business by approximately $500 million after standing up new IT platforms enabled the company to retire some of its legacy platforms. With the addition of the latest round of job cuts, Telstra expects to push its total restructuring costs for FY19 from $600 million up to $800 million.

While Telstra is starting consultations with employees about job cuts today, consultations are expected to wrap up by mid-June, hence the reason for moving up the restructuring costs to FY19.

Chief executive Andy Penn said the majority of the restructure would be over if a final decision is made on its proposal today.

"We understand the significant impact on our people and the uncertainty created by these changes," Penn said.

"We are doing everything we can to support our people through the change and this includes the up to $50 million we have committed to a transition program that provides a range of services to help people move into a new role. We expect to have announced or completed approximately 75 percent of our direct workforce role reductions by the end of FY19."

Telstra announced in February that it had cut 3200 staff already, including more than 1500 in management and executive roles.

At the same time, it reduced its underlying fixed costs by $162 million in the first half of FY19 , and made nearly $900 million in annualised cost reductions since 2016.