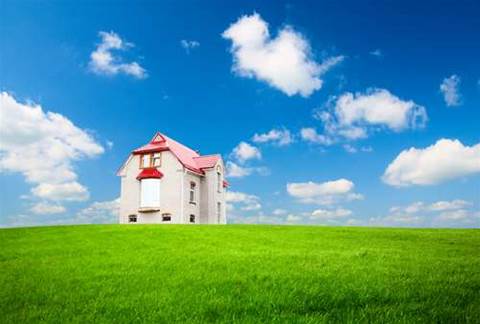 An iTnews investigation has found Telstra opts not to roll out internet services in new housing estates where competing infrastructure has been installed.

Telstra's competitors allege the incumbent has an internal policy of not offering services on third-party fibre.

iTnews asked Telstra to indicate whether there are any new housing estates in which the carrier has offered services over third-party fibre.

A Telstra spokesman confirmed the telco hadn't sought access to "any other provider in greenfield estates".

While Telstra does not appear to have a formal policy against buying wholesale capacity on open access networks, iTnews has uncovered evidence of the telco's reticence to do so.

One of the main alternatives to Telstra Velocity, Opticomm, told iTnews that Telstra didn't offer services in any of the estates it had wired.

Opticomm, which is backed by Hills Industries, had some 50,000 greenfield lots under contract for fibre rollout.

"We're led to believe they still have an internal policy that they won't run across any third party network," Opticomm's general manager Phil Smith said.

"[Telstra] certainly haven't approached us to take up our wholesale access products and we haven't pursued them with any gusto at this stage.

"We've expressed to Telstra we're ready for them to come on board. We don't restrict them, but at the end of the day it's their decision."

Developers wanting to roll out fibre in their estates were being faced with a difficult choice - roll out Velocity and lock residents into Telstra or roll out an open access network that removes Telstra as a residential service option altogether.

"As a developer, whichever way you go with fibre you're stuck," said Robin Russell, managing director of Robin Russell & Associates, an engineering consultancy.

"Almost no developers have taken up [Velocity alternatives] because if they do Telstra aren't interested in providing services in the estates.

"Developers are interested in how land buyers perceive the deal. Every developer at least wants an option to go to Telstra [in their estates] if everyone else fails."

The result, in many cases, was simply confusion.

Although developers were becoming savvier with the implications of telecommunications infrastructure arrangements in their housing estates, many didn't know they had alternatives to Velocity.

These include open access networks like Opticomm and Pivit or the less favoured option of becoming a carrier and rolling out the fibre themselves.

"We didn't even know it was an option to roll out the fibre ourselves," said one developer with several Velocity estates, who spoke to iTnews on condition of anonymity.

"We wouldn't know the technical side of doing it or where to start with putting it together."

The story was not uncommon, according to the chief executive of greenfields fibre operator Pivit.

It also provides retail internet and phone services in its estates but it expects "two or three" other residential service providers to be offering services to home owners by the end of the year.

"Some have their heads around it but others don't understand the issues or where their responsibilities start or stop. It's normally a steep learning curve for developers on where the law stands on access."

iTnews has cited several examples that are said to highlight developers' confusion over telecommunications infrastructure.

Landcom NSW, which developed the Prince Henry estate, deployed two sets of pits and pipes - one for Telstra and one for a third-party.

One set of conduits was intended for copper and the other for fibre. But Thompson claimed Telstra had "elected not to deploy [copper] infrastructure in the estate" once it was clear Pivit had won the right to roll out fibre in the estate.

The claim was verified by other industry players. "As soon as Telstra smell there's fibre going in, they stop rolling out copper," said Opticomm's Smith.

Pivot's Thompson said there was "a misconception among developers that they need two sets of pipes" to ensure choice in their estates.

"It's a business case that's fraught with danger because where there's two access providers trying to service a minimum density residential estate, one will always lose," he said.

A Landcom spokeswoman confirmed the arrangement but said it was the developer's policy across a number of estates "to allow for flexibility", rather than being due to any confusion.

In estates where Telstra decided to stop rolling out copper, it is understood Telstra maintained its universal service obligation for voice by providing residents with a "fixed phone" that ran off the Next G network instead. This was billed at fixed line rates.

Russell believed the complexity of fibre builds had turned many developers off them. He said some developers had shunned Telstra Velocity "because it was perceived as too costly and something developers didn't get much benefit from.

"They didn't think they could get Velocity costs per lot back in sales. The fact it's subsidised for the first year [also] doesn't seem to have helped."

Telstra offers residents of new housing estates a subsidy of up to $2000 for the first year of the Velocity service.

But Opticomm's Smith said developers are still keen to invest in fibre connectivity.

He said the company would bring Mirvac's Parkbridge in Sydney's West online next week.

Alamanda Point Cook and University Hill on the outskirts of Melbourne and Lightsview in South Australia were among Opticomm's other recent wins.