Telstra still at the bottom of Netflix speed index 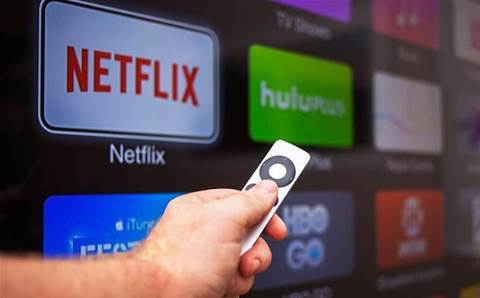 Telstra has once again been listed as the slowest internet service provider in the latest Netflix ISP speed index.

Every month Netflix releases a list on the prime-time performance on ISPs around the globe.

Telstra has been the last on the list since the list started being published in April 2015, that now includes Dodo/Primus, Exetel, iiNet, Optus and TPG.

According to the Netflix ranking, Telstra's speed has declined since August while most of the other carriers have sped up.

A Telstra spokesperson told CRN that Netflix's index cannot provide a valid comparison between ISPs considering those have a vastly different mix of technologies and geographic ADSL footprints.

"Netflix provides an average video streaming speed snapshot, which is not an actual measure of line speed nor adjusted for the definition of the content being watched," said the spokesperson.

According to Telstra, the telco services 3.9 million customers over 2800 exchanges, "well beyond the area and number of ADSL equipped exchanges served by the ISPs in the comparison".

"Based on our own extensive network testing, Telstra is confident that on a like for like comparison of technologies in use, our network performance and speeds are world standard," the spokesperson added. 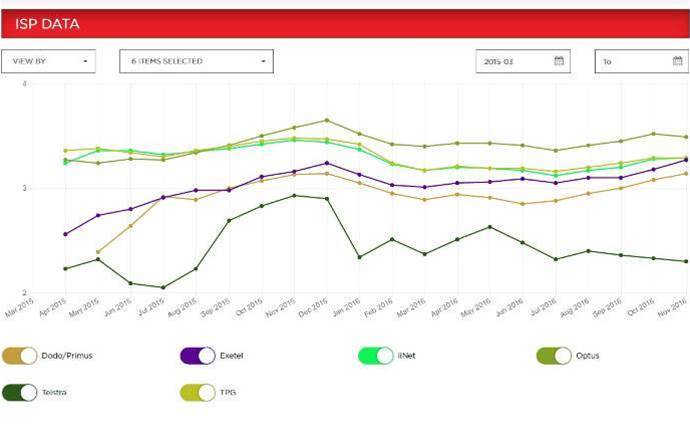 Optus has constantly topped the list and for December the average speed recorded was 3.57Mbps, for fibre, cable and DSL.

TPG has overtaken iiNet, comparing to November 2016, and came second with 3.39Mbps on fibre and DSL services.

TPG was number one in the first tallied month but was later overtaken by Optus, in October 2015. Optus' best ranking was December 2015 with 3.65Mbps.

Dodo-Primus joined the charts in May 2015 and after two months upped its speed rating to almost match Exetel.

iiNet came third with 3.38Mbps followed by Exetel with 3.35Mbps, Dodo/Primus with 3.22Mbps and Telstra with 2.31Mbps.

However Netflix is able to measure the speed via all available end user devices, it cannot calculate the exact bitrates and streaming via cellular networks

The stream services provider clarifies that "the speed indicated in the index is not a measure of the maximum throughput or the maximum capacity of an ISP".