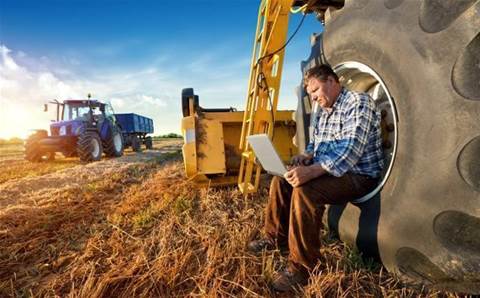 The Western Australian government has handed out grants to four technology providers to improve broadband connectivity for the state's agricultural sector to encourage farmers to take up digital farming technology.

The Digital Farm Grants program will hand out grants up to $500,000 on a matching contribution basis to cover the costs of improving connectivity for farms, with a total of $5 million up for grabs.

The program is aimed at regions outside the current or planned NBN fixed wireless and fixed line footprints to enable agricultural businesses to deploy technology like cloud-based data sharing within their businesses. The program also aims to improve mobile coverage for farms in low-population areas.

The first round of recipients includes $500,000 to Superloop to deploy telecommunications infrastructure in Western Australia's Great Southern communities. The company said the grant reaffirmed its plan to build $1 million of infrastructure to expand rural digital capability in Australia.

"Our association with the state government of WA will only accelerate that. The state’s farmers can expect to see a dramatic improvement in their service options once our infrastructure comes online.”

Other grant recipients include Telstra with $260,000 for a project in Goodlands, LogicIT with two $500,000 grants to build fixed wireless networks in the North Midlands and Chapman Valley, and two $277,500 grants to Pivotel to deploy its Ecosphere Network in Mt Barker and Wickepin.

The new services in the first round of grants are expected to reach over 1100 farms in Western Australia and stretch across nearly 40,000 square kilometres.

Services are scheduled to go live over the next 18 months.

Cloud application revenue made easy
By Brendon Foye
Aug 13 2018
7:30AM