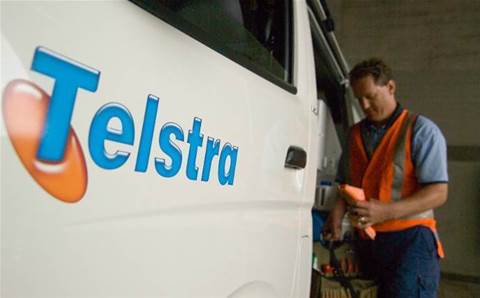 Telstra has agreed to compensate 42,000 customers on its NBN services that could not reach the internet speeds they were advertised as capable of.

The Australian Competition and Consumer Commission said that limitations of the national network's fibre-to-the-node and fibre-to-the-building services meant that customers that had purchased internet plans advertised with maximum download speeds of up to 100Mbps and upload speeds up to 40Mbps were not actually able to achieve those speeds in real-world scenarios.

The ACCC said that 26,497, or 56 percent, of Telstra customers with FTTN connections that purchased 100/40Mbps plans could not achieve those speeds, and 9606 of those customers couldn't achieve the next tier down of 50/20Mbps either.

“In essence, people were paying more to get higher speeds that they just weren’t able to get,” ACCC chairman Rod Sims said.

The ACCC said Telstra admitted this conduct was likely in breach of Australian Consumer Law and has offered remedies to customers, including refunds, the option to change plans or exit their contract without fees.

Telstra will now check each customer's attainable speed within four weeks of connecting new services, and will offer a remedy if speeds are below advertised.

Sims said he was pleased Telstra had taken a proactive approach in addressing these issues, but stressed it was not just Telstra customers who were affected.

“We will continue to investigate other retail service providers selling broadband plans over the NBN and take enforcement action where appropriate," he said.

"As we’ve said previously, we expect RSPs to provide consumers with accurate information up front about the internet speeds they can expect to receive, and then deliver on those promises.”

Sims added that he expected major ISPs would adopt the same model of remediation as Telstra going forward. The ACCC has also urged ISPs to only advertise typical speeds customers can expect during peak traffic periods, rather than hypothetical limits.

“Our message to retailers is that if you advertise a particular speed and customers cannot get that speed, you will risk breaching the Australian Consumer Law,” Sims said.

Telstra group executive for consumer and small business Vicki Brady said the telco had been using robotic testers for the last 18 months to ensure it was buying the right amount of connectivity virtual circuit from NBN to service customers with correct speeds.

“As it is not possible to accurately determine what speed the NBN can deliver to a customer prior to connection, we have been reviewing the speeds of customers who take up a speed boost on their FTTN or FTTB NBN services after connection. We have been undertaking this review since May 2017 and, where we identify they cannot attain the benefit of the speed boost, we have been contacting them to provide refunds," she said.

Cloud application revenue made easy
By Brendon Foye
Nov 8 2017
10:01AM