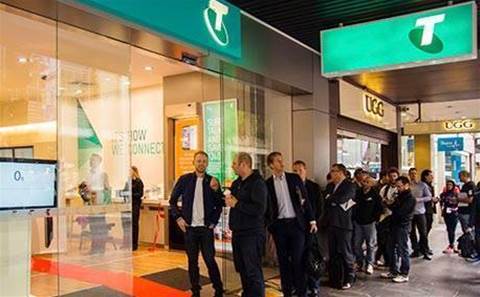 Telstra has slashed software development times for internal and external projects from six to eight months down to just 10-12 weeks with the help of software vendor Pivotal, according to the telco.

Telstra has partnered with Pivotal since 2015; the two jointly own and operate two Pivotal Labs in Sydney and Melbourne.

Pivotal chief executive Rob Mee described the company's development methodology as an "experimental way of working" which involves moving from the discovery and framing phase of the project quickly to the inception phase, with frequent replanning when taking into account customer feedback.

He also revealed that more than 100 teams within Telstra were already using the platform, including Telstra's enterprise sales team, with the goal of moving over 400 teams to Pivotal's Cloud Foundry.

"There will be some situations where some of the old legacy platform maybe doesn't suite [Cloud Foundry] because it doesn't make sense, but for all the new environments, absolutely," said Romano. “We’re talking about 4000 to 5000 people running on agile methodology in a couple of years’ time.”

Telstra's latest project with Pivotal was to build its new service status page, which updates customers on service disruptions and outages.

As for customer-facing products, chief executive Andy Penn said Telstra had predominately been working with agriculture tech firms to develop software with the platform.

The first product was the Ram Select app, which allows ram buyers to monitor and track livestock. He also said that the platform supported Telstra's smart home products, which were introduced in November last year.

"One of the critical points is that the world is moving so fast and that technology innovation is moving so fast that we can't afford to wait six to eight months to get a product to market, because by the time you do, [the customer] has probably moved on." Penn said.